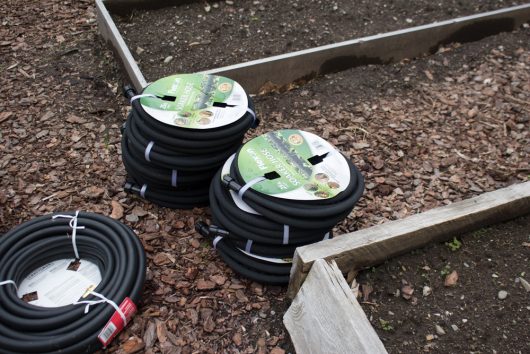 Shame on…me. For ten frivolous years (2008-2018) I relied on an oscillating sprinkler to irrigate the 12 raised beds in my Kitchen Garden. Of course, this same sprinkler watered the paths between the beds. It watered the air, too, whenever the wind kicked up. Such waste! To ease my guilty conscience, this spring I asked John B. — he’s our clever handyman — to make the garden water-wise. Would you like to see his (inexpensive) solution? 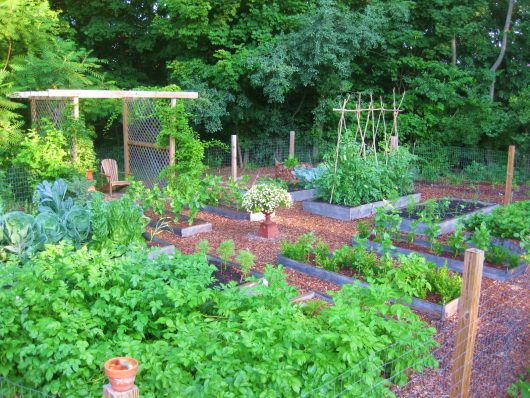 Before we get started, please note the garden’s layout. Its north and south ends are each equipped with four 8×4 beds. The central path is flanked by four 8×2 beds. (Fore more details about the garden, scroll down to see “related posts.”) 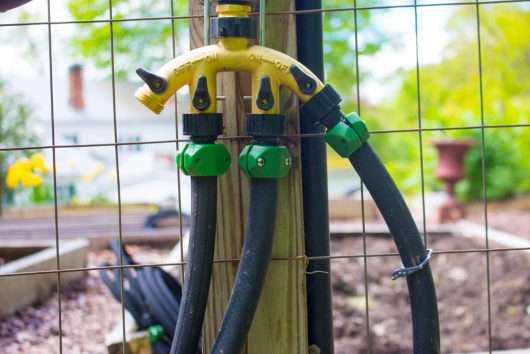 First up, to insure equal water-flow to the 12 beds, John used a “header” to divide the plot into 3 sections. And into this header John attached three common black garden hoses: one for the north beds, one for the south beds, and another for the central beds. The header is attached to a fence post, and plugged into the main water source. 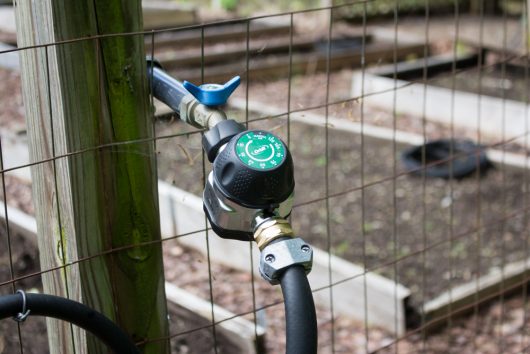 He rigged up a simple timer, too. 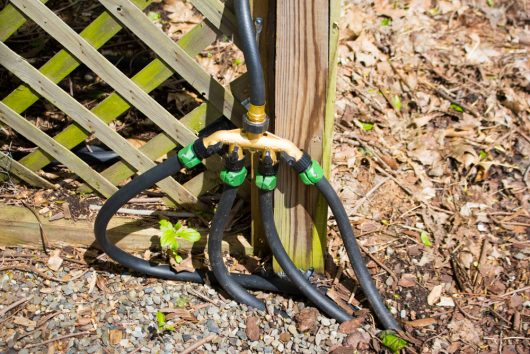 Next, John fed the aforementioned three hoses into three separate headers that he attached to various fence posts. 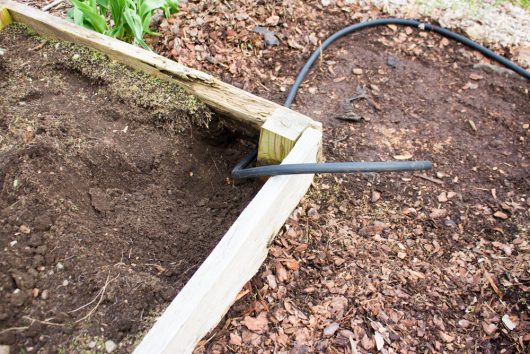 Then he ran a hose to each of the raised beds… 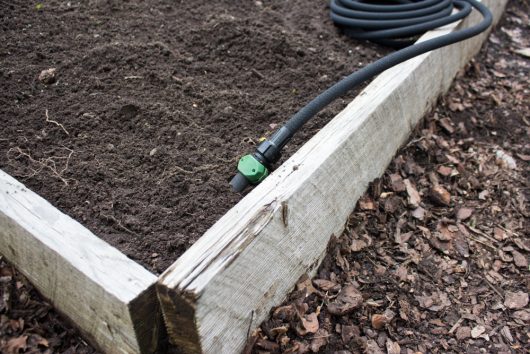 And to each of these hoses he attached a soaker hose!

No picture of this next step: John turned on the water, and, GLORY HALLELUJAH, the system worked as planned. All 12 soaker hoses wept equally.

I wept, too. My water-wise dream was now a reality. 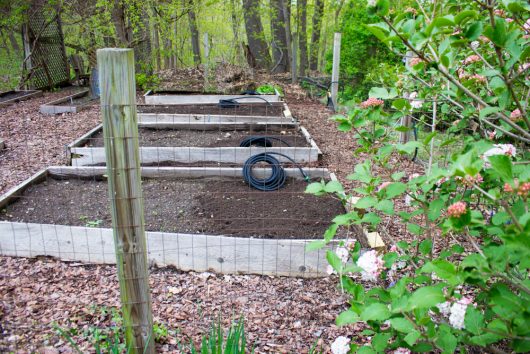 Lastly, John buried the common black hoses two inches underground. This way, I can walk the paths without the fear of tripping. 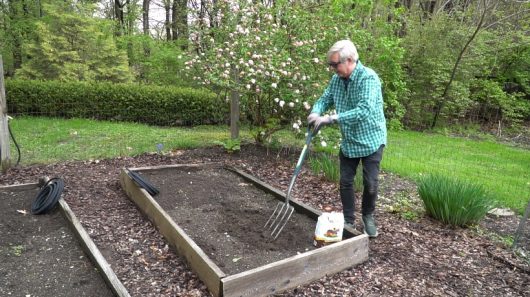 Would you like to see the soaker hoses in action? Me too! Alas, I’ve only planted one of the raised beds. Also, we’ve had near-daily rain ever since John finished the irrigation work. Patience, patience. 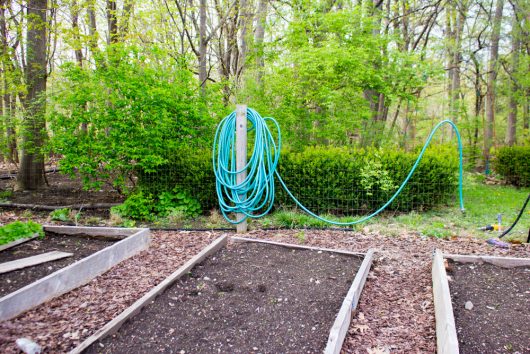 I’ll post an update when, at last, the remaining beds are planted and the soaker hoses are pinned into place. Meantime, let’s bid a cheery farewell to both the oscillating sprinkler and the blue, 75-foot hose to which it the sprinkler was attached.  That hose, by the way, was a royal pain to remove whenever the gardens here were open to the public.

Do you have a sensible watering arrangement for your own vegetable garden? Talk to me in the comments field below!