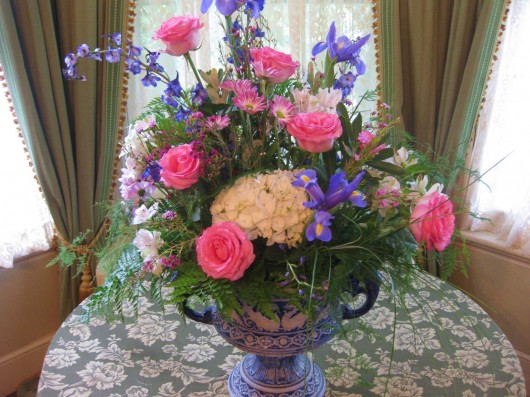 I ALWAYS WANT FLOWERS IN MY HOUSE, and now I know why. A behavioral study conducted by Harvard Medical School has concluded that flowers indoors affect our emotional well-being in a positive way. The arrangement above, which designer Erin Brady created for my entrance hall, makes me feel positively euphoric. Closeups of this inexpensive but lavish display, and more details about the  power of flowers: 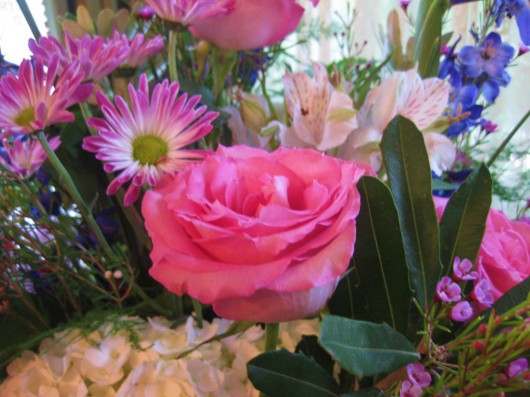 Harvard’s Nancy Etcoff, Ph.D., who led the flowers-indoors behavioral-study,  announced in a press release that “Other research has proven that flowers make people happy when they receive them.  What we didn’t know is that spending a few days with flowers in the home can affect a wide variety of feelings.” 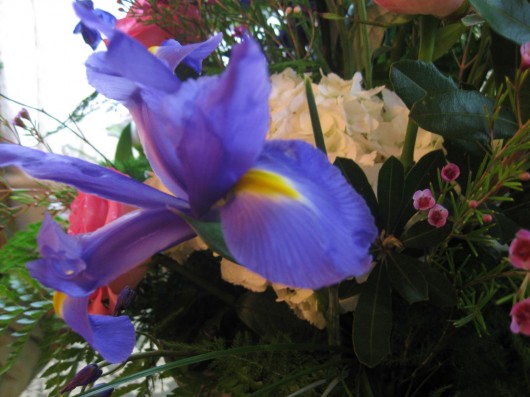 More from Harvard’s press release: “Study participants who lived with fresh cut flowers for less than a week felt an increase in feelings of compassion and kindness for others.“ 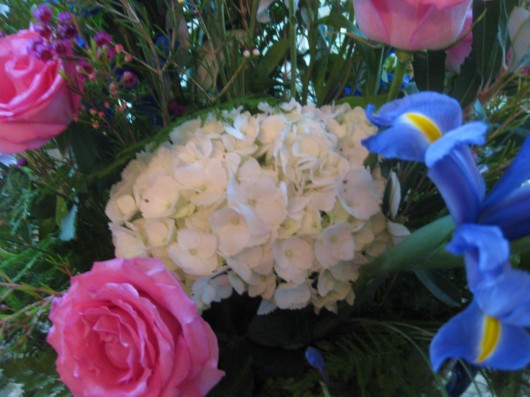 “Flowers chase away anxieties, worries and the blues at home. Overall, people in the study simply felt less negative after being around flowers at home for just a few days. Participants most frequently placed the flowers in their kitchens, dining rooms and living rooms, where they spent a lot of time at home. They reported wanting to see the blooms first thing in the morning.”

“Having flowers at home can have a positive carry-over impact on our mood at work, too. The study found that people were more likely to feel happier and have more enthusiasm and energy at work when flowers were in their home living environments.” 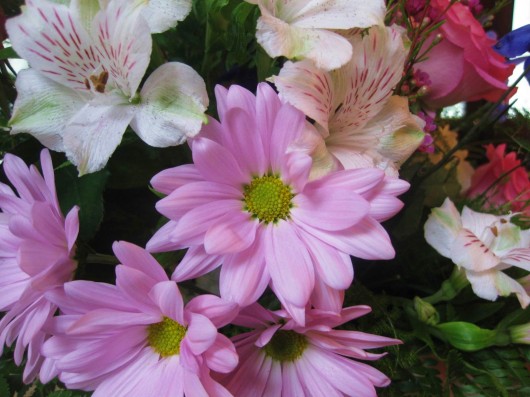 Well. I didn’t need a scientific study to tell me that flowers indoors are a great mood-enhancer. Did you?

The components of the above arrangement, in case you wish to replicate it:

Spilling over the arrangement is a medium-green ornamental grass