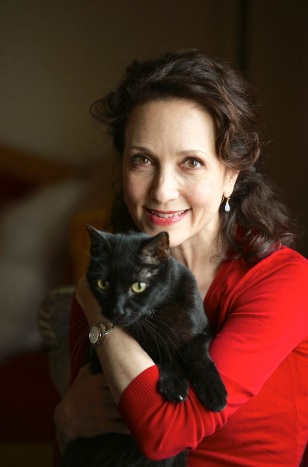 A full house is a happy house, and ours was filled to the gills last Saturday, when Mr. Fox and I hosted a benefit for PAWS (Pets Are Wonderful Support). Here are a few pictures from the party, which featured actress/singer/animal lover Bebe Neuwirth.

Bebe and her husband, Chris Calkins, arrived about an hour before the event. I had great fun chatting with both of them. Chris and I are planning to communicate again in the future, as he has a coffee-roasting business, and I have this here food blog. Bebe, Chris, and pianist Scott Cady hung out in the upstairs library/den as they awaited “curtain time.” 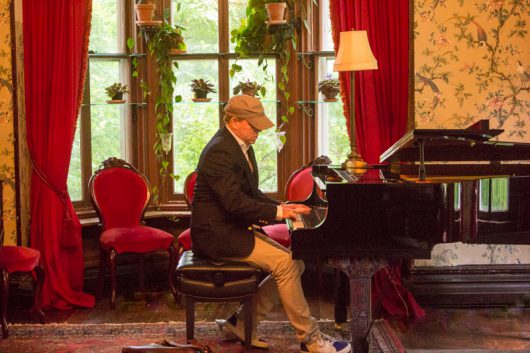 Scott Cady is an AWESOME pianist! He’s currently playing piano for the Broadway revival of “Chicago.” He gave up both a matinee and evening performance of that show in order to play for the PAWS fundraiser. What a generous soul. 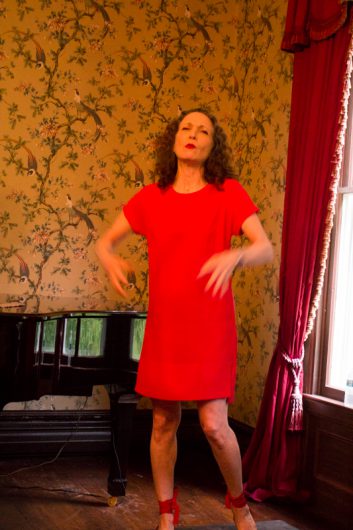 Bebe was beyond brilliant. She held the audience in her palm as she belted out — without benefit of microphone — five show tunes, including “Caberet,” “The World Goes Round,” and Stephen Sondheim’s “Another Hundred People.” She hit that hideously-difficult Sondheim number outta the park. No wonder Bebe has been honored with two Tony Awards and two Emmy Awards! 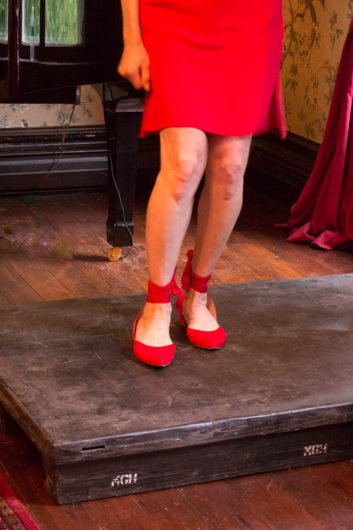 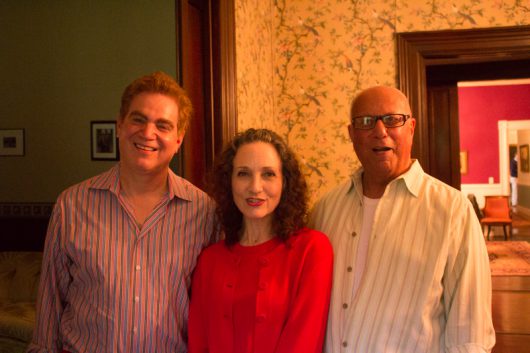 Here’s Bebe with our friends Doug Cohen (left) and Doug’s husband, Barry Brown. Doug is the founder of PAWS, and Barry is a Broadway musical producer. I love them to pieces. 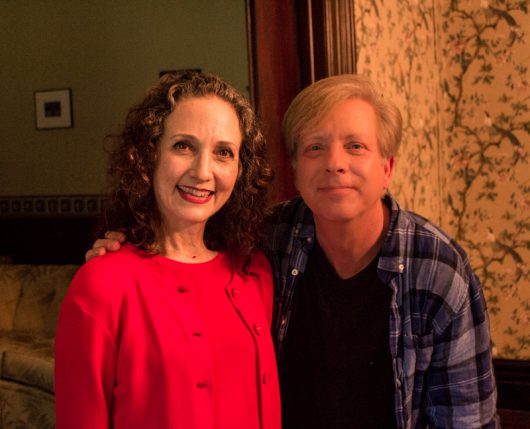 Well. I’m still pinching myself. The benefit was a big success!

One humorous note. The day before the event, just so I wouldn’t be embarrassed when guests arrived, I decided to power-wash the front porch and its myriad Victorian details. Can you guess what happened? I slipped on the wet steps, and fell, with an awful thud, flat on my back. To manage the pain, I simply repeated one of my favorite phrases:

THE SHOW MUST GO ON.