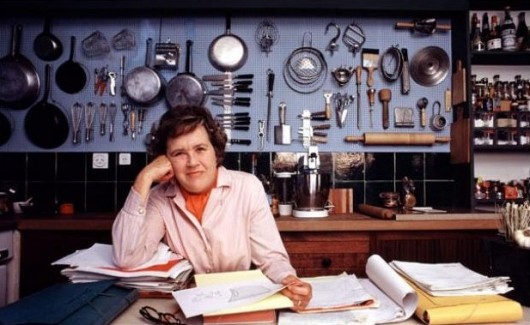 CAN WE ALL PAY HOMAGE TO JULIA CHILD THIS WEEK? On August 15 she would have turned 100 years old. Frankly, I can’t think of anyone who has had a larger influence on my own adventures in the kitchen. And fortunately I was lucky enough to tell her so. My story: 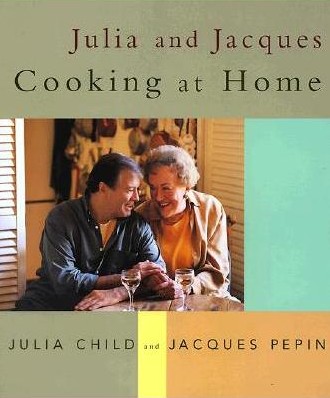 In October, 1999, Julia Child and Jacques Pepin were scheduled to attend a book fair in NYC, in order to promote their latest collaboration:  Julia and Jacques: Cooking At Home. I can still remember that Sunday morning. My apartment was only 15 blocks away, so I walked to the event, enjoying the crisp autumn air.

Arriving at the out-door event, I noticed Julia right away. She was seated on a make-shift stage, with Jacques beside her. I can tell you that this woman, at 87, was far more glamorous than she ever appeared on television. Her hair was colored chestnut-brown, and her face was beautifully made up. I still remember the mascara on her eye lashes.

Julia and Jacques gave a brief talk about their book. I can not recall their talk, but it was obvious from their interactions that they were not merely co-authors, but ace-buddies, too. 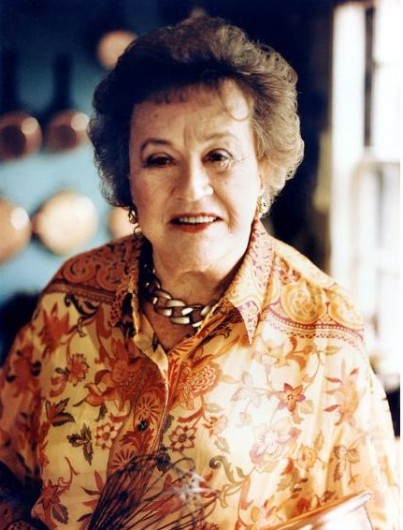 The two chefs then moved to a table where they could sign books. I promptly took my place in line, never taking my eyes off Julia. As you can imagine, my heart was pounding. I was about to meet my hero!  And guess what? Julia noticed me as I waited in line  (no doubt because I was staring). She smiled at me and nodded her head. Of course, she was probably thinking “Who is this excited kid?”

What happened next gives me goosebumps to this day. When I set the book before Julia, she did not sign it. Instead, she stood up and extended her hand. “Are you a home cook or a professional cook?” she asked. “A ha-ha-ha-home cook,” I replied. Then, trying not to pass out, I told her I’d studied her work since childhood, and that it was because of her that I actually care about food and way it’s prepared. She thanked me, and then sat down and signed my book. Jacques, seated beside her, signed it, too.

Feeling slightly emboldened, I told her I hadn’t been able to find the egg-poaching devices she once wrote about. “Why, you can find them at Williams-Sonoma,” she said. Then — get this — she stood up again and shouted “DOES ANYONE KNOW WHERE THE NEAREST WILLIAMS-SONOMA STORE IS?” Jacques responded “I think there’s one at 59th and Lex.” 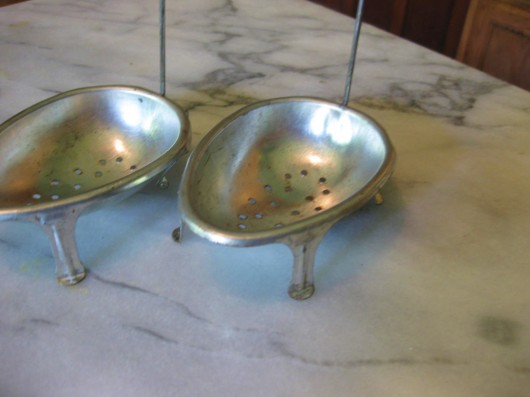 With an autographed book under my arm and my head in the clouds, I headed over to Williams-Sonoma and promptly purchased two egg-poachers. I still cherish the gadgets today.  Of course, I will always cherish Mrs. Child — and my all-too-brief  encounter with her.

I wonder if Julia Child encouraged you to cook, too. Perhaps you can let me know by leaving a comment.

Meanwhile, can we all raise a glass to the lady who pioneered a food revolution?   Happy Birthday, Julia!