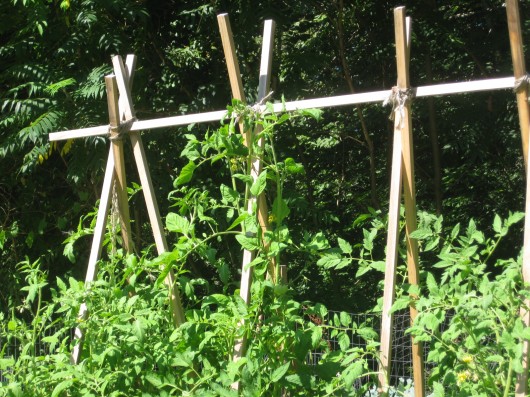 I HOPE THIS DOESN’T HAPPEN TO YOU. When I bought ‘Early Girl’ tomato seeds back in 2010, I unwittingly voted for a corporation I vehemently oppose. Which corporation? Why, the evil empire known as Monsanto. Here are a few facts about this loathsome company, along with a few ways to keep it out of your veggie patch: 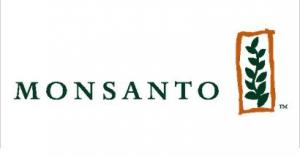 Monsanto is the agricultural-biotechnology monster who brought us Agent Orange and Round-Up. They also brought us “Round-Up Ready” corn, soybean, cotton, and canola seeds. These seeds, which are sold to industrial farmers, have been genetically engineered to withstand overhead spraying of glyphosate, the herbicide found in Round-Up. Monsanto’s latest horror, Round-Up Ready alfalfa, which spells the end of organic dairy products, was approved by the Obama administration in January, 2011.

And now the company wants to poke its greedy fingers into our home  gardens. In 2005, Monsanto quietly purchased Seminis Seeds for $1.4 billion in cash. Seminis’ seeds are carried by some of the best-known gardening catalogs, including Burpee, Park Seed, John Scheeper and others. The purchase of Seminis, plus the purchase of several smaller seed concerns, has given Monsanto an estimated 40%-80% share of the home vegetable seed market. 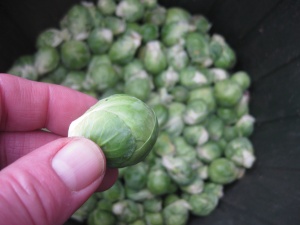 If you don’t wish to contribute to a company who seems hell-bent on destroying the environment, I suggest you do these three things. First, strive to buy only heirloom or open-pollinated seeds, and then save these seeds at the end of each growing season. Seed Savers Exchange will gladly tell you how to collect and store seeds. Next, make sure your seed-dealer has signed the Safe Seed Pledge. Finally, acquaint yourself with the home-garden seeds that Monsanto sells, by checking the Seminis catalog. You’ll undoubtedly spot some familiar varieties there, which run the gamut from beans to watermelons. Among the tomatoes listed under “B” are Beefmaster, Better Boy, Big Beef, and Burpee’s Big Boy. The rest of the alphabet turns up other commonly-planted tomatoes.

My heart sank when I discovered that Monsanto sells the colorful ‘Cheddar’ cauliflower, which is currently listed in John Scheeper’s Kitchen Garden catalog. But it is a variety that will never see the raised beds in my Kitchen Garden. I’ll opt for an open-pollinated variety instead.

If you have strong feelings about Monsanto, or wish to suggest other ways to avoid deepening the company’s coffers, please speak up! Post your comments below.

Related Posts:
Tomato Reviews: Yours & Mine
The Window Garden in February
What Would You Plant in Your Subsistence Garden?
Hill Your Potatoes for an Increased Harvest
Companion Plants for Organic Pest Control