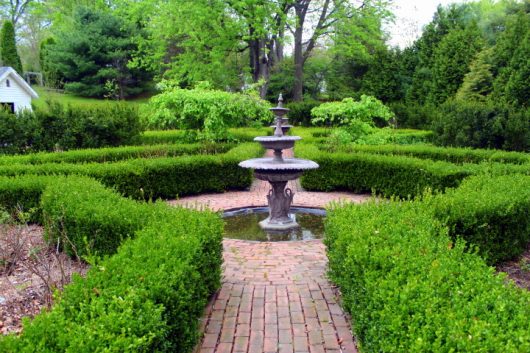 Happy May 31, everyone! Shall I tell you what happened here over the Memorial Day weekend? I have some annoying news. But I also have some good news.

Friday: After weeks of playing phone-tag, I snagged a Saturday appointment with my favorite boxwood barber. I say “favorite,” because this particular barber, unlike others I’ve auditioned in the past, really knows his craft. He’s artistic. He’s fast. He can shear and shape the acres of boxwood here in 4 hours flat.  In happy anticipation, I rented a gas-powered hedge-trimmer from the local hardware store.

Saturday: The barber arrived promptly at 9AM. He fired up the rented trimmer, and went to town on the boxwood. Meanwhile, to the accompaniment of the machine’s deafening strains, I busied myself with two culinary projects: a 3-ingredient Rhubarb Sauce and a Crusty Sourdough Boule.

But 30 minutes later, all seemed quiet outside. Too quiet. And then the doorbell rang. It was the barber, announcing that the machine was “stuck.” Since my hands were covered with sticky sourdough, I asked the barber to return the trimmer to the hardware store, and to pick up another.

Did you know that Memorial Day weekend is THE most popular weekend for hedge-trimming? The hardware store had not a single machine available. And the one I’d rented could not be repaired. Not on the spot, anyway. “Maybe next week,” said the rental-department clerk.

This was bad news indeed. My gardens will be open for public visitation on June 25, and there’s no guarantee that the barber will be available before then. He said he’ll try his best. I believe him. 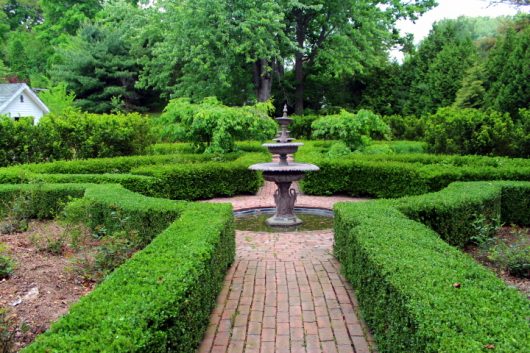 The barber managed to finish only 2 1/4 of the 8 boxwood-edged beds. There are many more boxwoods elsewhere on the property, thanks to my overly-enthusiastic propagation efforts. 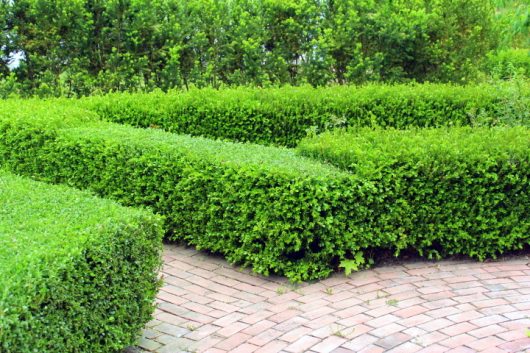 Above: The exact moment when the hedge trimmer bit the dust.

After I finished my cooking projects on Saturday, I loaded up the dishwasher.  It’s a brand new machine that I purchased barely a month ago from a local appliance store. I pressed the “heavy duty” button, and then headed upstairs to stream Michael Moore’s Where to Invade Next.  Probably this documentary isn’t everyone’s cup of tea.

Sunday: At 5AM, I opened the dishwasher door, and found dishes that looked…well, no better than when they were first loaded. A plate with a single crumb came out with the same crumb still attached.

I uttered a few choice swear words, and then looked up the phone number for the appliance shop. And then I remembered that it was Sunday. And that Monday was a holiday, too. Merde!  As I write this, I’m waiting for the store to open. And then I’ll demand a new machine. To my thinking, if an expensive appliance breaks during it’s fist month of use, it’s probably a lemon.

On a more cheerful note, over the weekend I received an email from the editor of a fun  magazine called “Upstate Home.” They want to interview me about my blog and upcoming cookbook. They also want to take pictures of the house and, I presume, the gardens. The process will begin in mid-June.  Hopefully by then the boxwood will look respectable and the kitchen counters won’t be piled sky-high with dirty dishes.

And how about you? What did you do over the Memorial Day weekend? If you broke a hip, my hedge-trimmer and dishwasher problems will seem trivial indeed.

Click here to get my latest house and garden features.