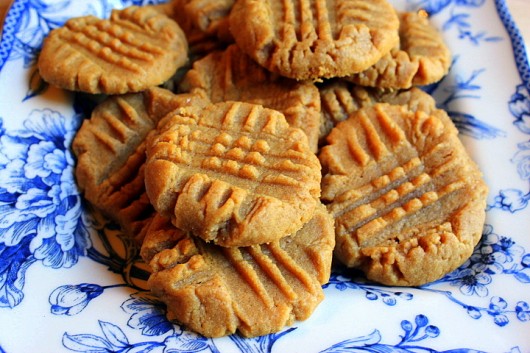 To avoid confusion later on, let me explain that Julie is my second cousin. Her father, Paul Metzger, is my grand-uncle, and my grandmother’s baby brother.

I wrote to Uncle Paul, and he responded with a memory that touched my soul. He also sent a photograph I’d not seen before. 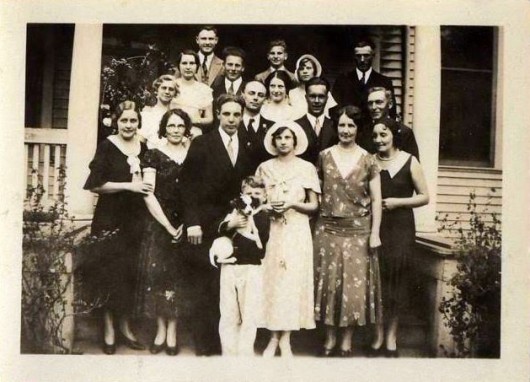 The photo above is from my grandparents’ wedding in 1932. In the front row is my grandmother, Nova Ethel Metzger (in white), and grandfather, Frederick Jacobs (curly brown hair). Between them, and hiding behind his beloved dog “Spot,” is my beloved Uncle Paul. Paul was 7 or 8 years old at the time.

Your grandparents were married in 1932, at our home in Arlington, and moved into a nice little two bedroom house about two miles north of town, out among the timber and “Stump Farmers”. Fred worked at the Valley Gem Farms that was located a couple of blocks west of the center of Arlington and walked to and from work every day for about six months until they bought a second hand Chevrolet coupe for him to get around in. That still left Nova sitting out there all alone, so she learned to drive which was quite unheard of for women in that part of the world in those times. So with that background it was a special treat when after taking Fred to work one Saturday morning (everybody worked a six day week in those days) Nova drove up to our house and invited me to go out with her for an overnight stay.

I can clearly remember the ride out to the house because it was so special that she was driving, and so special to get to sit “up front”. From our house to theirs was only about three miles, but was a whole new world to me and I spent the early part of the morning exploring the yard, the forest surrounding the place, and the nice little creek that ran along the south side of the cleared part of the property.

About ten in the morning, Nova suggested we make some cookies for Fred’s lunch pail, and after a bit of deliberation we decided to make peanut butter cookies. 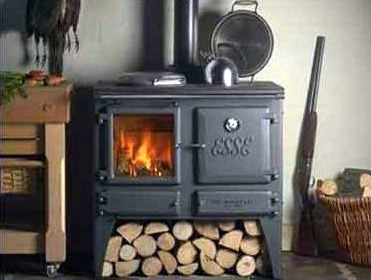 In a few minutes she had collected the gear and I had brought in a couple of loads of fire wood for the wood range that she used for cooking, baking, and heating the house. 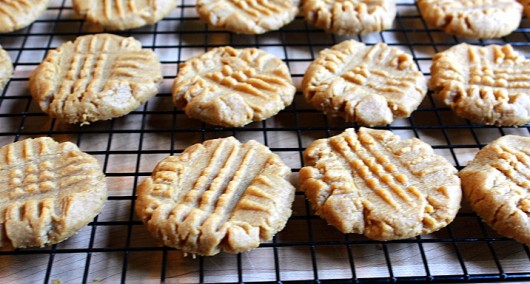 In quick order Nova had the batch of cookies mixed up and together we set to work, spooning out the dough, patting it flat and on to the baking tray and into the oven. It did not take long to do all that and soon the house was filled with the wonderful aroma of fresh cookies cooling off on the table. Of course, as soon as they were cool enough to taste, we sampled them, and they were GOOD ! 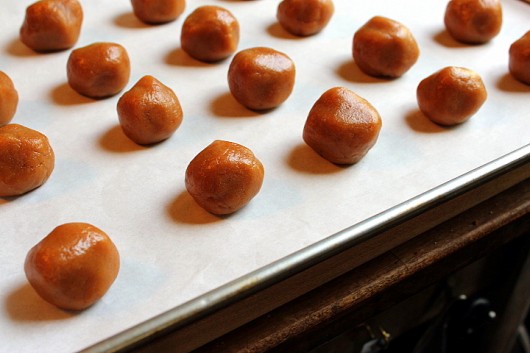 So we sampled a few more and all of a sudden the batch looked pretty skimpy and would hardly be enough for Fred’s lunch bucket, so we decided that we should make another batch. And since the one batch didn’t seem to be very big (after eating a bunch of them), we decided to double it. More fire wood was carried in and soon we were making cookies on a regular assembly line. We were good, the stove was the slow spot. We took time out to have a sandwich for lunch and went right back to the task at hand. I can no longer remember how many cookies we made that day, but it was a lot. I do remember that it was probably 2-3 o’clock in the afternoon when we finished up and Nova insisted I take a nap, a thing I had not done in years, but I quickly fell to sleep and woke up to the clinging aroma of peanut butter cookies only shortly before Fred came home.

It had been a great day and then after getting to sleep over in this interesting little house and to explore the old, old gramophone, the kind with tubular records, and looking at the vast collection of stereoscopic pictures, the next morning, Nova and Fred invited me to join them in bed and munch on a couple of cookies before breakfast. That too was a real treat, certainly something that I would never have been allowed to do at home.

So ended the saga of the peanut butter cookies; obviously it was a day in our lives about which we frequently reminisced and was never to be forgotten.”

A note from Kevin: Uncle Paul’s childhood story (reprinted here with his permission) stirs up many memories for me. I had a close relationship with both of my paternal grandparents, and with Nova in particular. She was a funny, brave, and unconventional woman. I miss her!