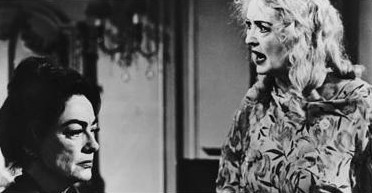 I’VE DECIDED TO ADD a new category here at A Garden for the House: Entertainment. This will feature “fun stuff” like…movies. And since Halloween is around the corner, we might as well begin with Really Scary Movies. Which are your favorites? “Whatever Happened to Baby Jane,” starring Joan Crawford and Bette Davis (above), is one of mine. And here are five others which have made my blood curdle: 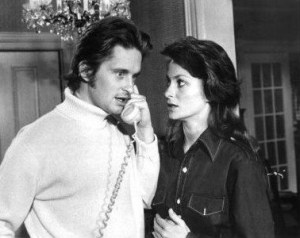 WHEN MICHAEL CALLS. This 1972 ABC TV-Movie gave me the creeps when I was a kid. Helen Connally (Elizabeth Ashley) starts receiving phone calls from her nephew, Michael. The only problem? Michael has been dead for 15 years! Creepy, creepy! 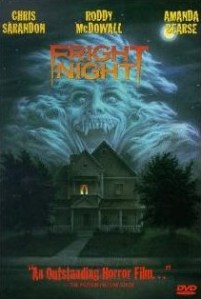 Fright Night. After Charley Brewster, a teenage horror-film-fanatic, sees his new neighbor, Jerry Dandridge (Chris Sarandon) commit murder, Charley is convinced that Dandridge is a vampire. Neither Charley’s girlfriend nor his best bud believe him…until they find themselves in Dandridge’s lair. Some comic scenes, but plenty of jump-out-of-your-chair moments, too. For a film that was made in 1985, I think the special-effects are terrific. 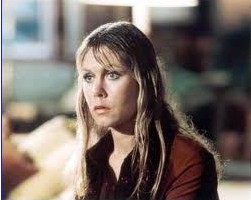 The Victim (1972). Rent this one for Halloween, folks. It scared the hell out of me when I was 12. The plot: During a fierce storm, Kate Wainwright (Elizabeth Montgomery) receives a distressed call from her sister. The sister is going through a nasty divorce. Kate drives through the storm to her sister’s large house, where she finds her sister’s dead body in a basket in the cellar. Who killed her? Why, Kate’s brother-in-law, of course. And now he plans to “off” Kate, too. This was Montgomery’s first film after her successful “Betwitched” series ended. 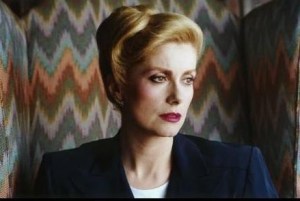 The Hunger. Can a horror movie be elegant? Yes. In this 1983 film, Catherine Deneuve and David Bowie play Miriam and John Blaylock, an attractive couple who live in a gorgeously-decorated Sutton Place townhouse. Turns out they are both vampires — she around 1,000 years old, and he around 300. They are musicians, too. Which means we get to hear them play chamber music, and specifically Schubert’s mesmerizing Trio in Eb Major. When John Blaylock suddenly begins to age (this has been a problem with all of Miriam’s lovers), he consults Sarah Roberts (Susan Sarandon), a doctor who researches premature aging. When the doctor visits Miriam to inquire about John, she soon finds herself swept into Miriam’s world. 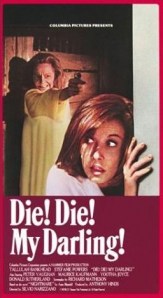 Die, Die My Darling (1965). Probably more campy than creepy. Tallulah Bankhead plays a demented religious fanatic who’s son has recently died. When her son’s former fiancee (Stephanie Powers) arrives to pay her a visit, she becomes enraged when she discovers that Powers has participated in all kinds of sinful activities, like finding a new boyfriend, and — horrors! — wearing makeup. She then traps Powers in her attic where she torments her. It is worth watching the film just to hear Bankhead quote bible verse in her well-known booming voice, and to wail “Steeeeeeeee-ven!!!” while gazing up at her dead son’s portrait.

So which really scary movies — either new ones or old — do you recommend for Halloween night?