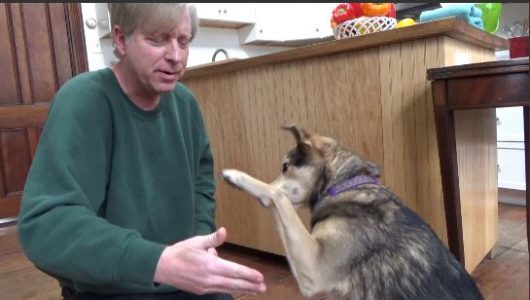 Avery is not what you’d call an “easy” dog. She’s hates strangers. She requires sedation just to have her nails trimmed.  And to make matters worse, she’s camera shy! Unlike Lily the Beagle, Avery has no interest in co-hosting my cooking videos or garden tours. She runs out of the kitchen whenever I record there. So imagine my surprise when she suddenly agreed to appear on film. Apparently, I made her an offer she couldn’t refuse:

(Click the “play” arrow above to watch the action.) I should probably mention that Avery and Tiger are both rescue pets. Ditto for Camille, our other cat. Tiger and Camille were adopted from Animal Kind in Hudson, New York, 16 years ago. Avery was picked up, 2 1/2 years ago, as a stray in North Carolina. She was placed in a kill shelter there. Mercifully she was brought up North by a rescue organization in New York. She spent six months in and out of foster homes before she fell into our laps. 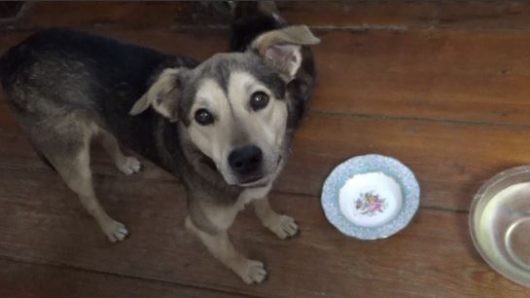 Are  you the proud parent of a fur baby? Talk to me in the comments field below!