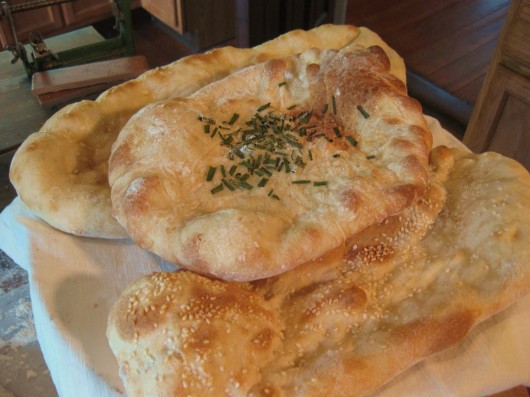 WHAT CAN YOU DO with flour, water, milk, yeast and salt? You can turn them into Naan, just as I did this week. Naan is an ancient, Central-Asian  flatbread with a wonderfully-wheaty taste and a crisp but chewy texture. I like to form the dough into long “snowshoe” shapes, and serve them with dinner or as an appetizer at parties. The dough is remarkably easy to make, and forming it with wet fingers is fun-fun-fun:

I should probably mention that most modern recipes for Naan dough call for baking powder and sugar. However, the Naan-making nomads of Central Asia didn’t use baking powder or sugar for their breads, and consequently neither do I. 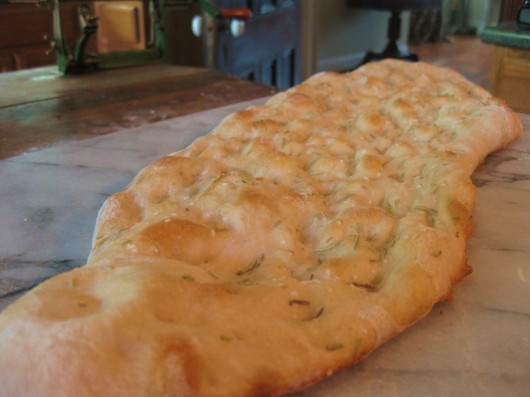 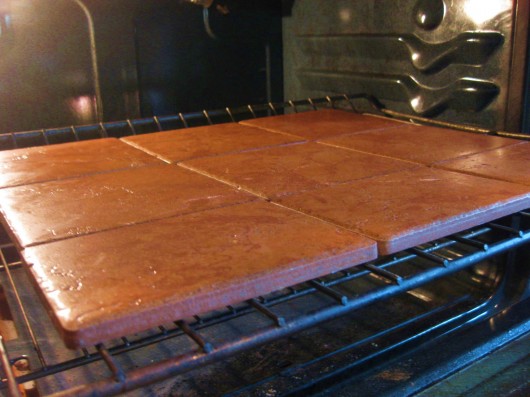 1. Making the dough — Pour the water and milk into a large bowl; sprinkle on the yeast and salt. Then stir in about 2 cups of flour, always stirring in the same direction. Stir in more flour, about a 1/2 cup at a time, until the dough becomes too stiff to stir.

2. Kneading the dough — Dump the dough onto a floured board, sprinkle more flour on top, and then knead the dough for ten minutes.

3. The first (and only!) rise — Wash and dry the bowl, and then grease it lightly with olive oil or vegetable spray. Then return the dough to the bowl. Flip the dough so that each side is coated with oil or spray. Cover the bowl with plastic wrap.

Let the dough rise until double — 2-3 hours. If you are impatient (like me), set the bowl on a heating pad set to the lowest setting, and dough will double in about 1 hour.

4. Preheating the oven — One hour before you are ready to bake the dough, set the pizza stone, unglazed ceramic tiles or cast-iron pan on the middle oven rack. Preheat the oven to 500F.

5. Forming the dough — Deflate the dough, and pour it onto your floured surface. Form it into a rough rectangle, and then cut the rectangle in half. Cover one half of the dough with plastic wrap. 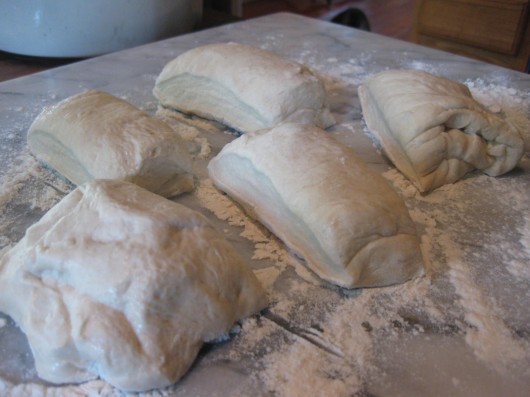 Cut the other half into 5 equal pieces. Cover all but one of those pieces with plastic wrap. 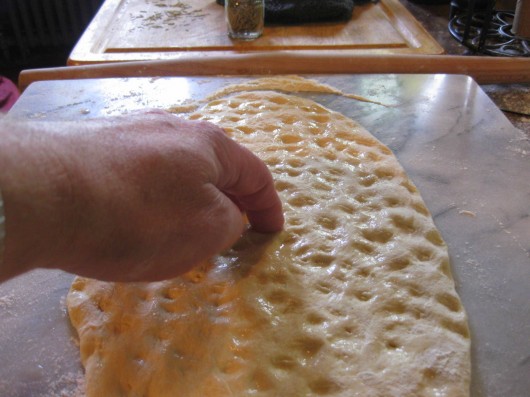 Here comes the fun part. Roll out one piece of dough into a rectangular shape about 8 inches long and 5 inches wide. Sprinkle with a pinch of salt and the sesame seeds or herbs. Then, with very wet fingers, make lots of indentations all over the dough, as pictured above. 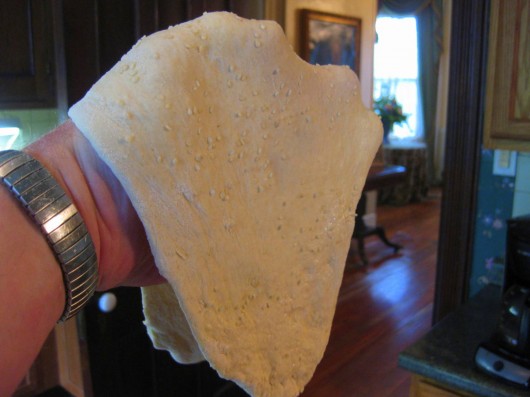 Now lift the dough onto your wrist, raise your arm, and let the dough elongate itself to about 12 inches. 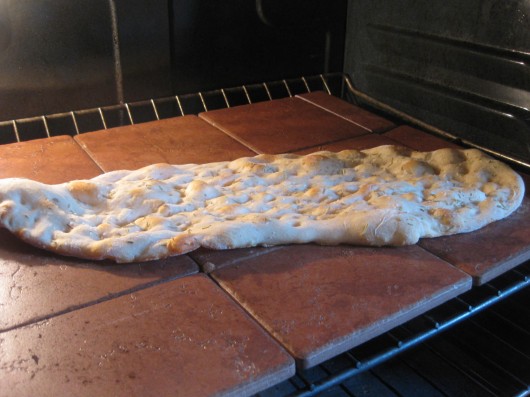 6. Baking the Naan — Open the oven door and quickly set the dough on the hot stone, tiles, or skillet. Bake the snowshoe for about 8 minutes, or until its edges puff up, and its color turns from white to spotty brown. Do not overcook.

Form and bake the other snowshoes. If you are using a large baking stone or unglazed tiles, you can bake 2 or 3 snowshoes at a time.

7. Serving — Brush the snowshoes with melted butter, and serve them at once. Naan — no matter how you make it or bake it — is always at its delicious best while still warm.

Freezing and Reheating Note — In comment #16 below, reader Brenda Cole says:  “Just wanted to let everyone know that I tried freezing the naan after it was baked (but unbuttered) — success! I just put the frozen naan into a 400 degree oven (with a pizza stone) until it was hot (a couple of minutes), and then buttered it. I think that the quality was nearly as good as when it was fresh, and it makes naan on a ‘work night’ a whole lot more likely to happen.”  Thanks, Brenda!

I hope, some day, you’ll try these sexy snowshoes. Once you’ve made a few, you’ll find they are no trouble at all.