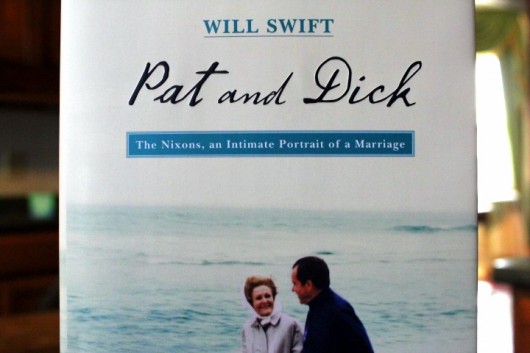 I’D LIKE TO THANK everyone who entered my latest giveaway.  The prize? A copy of my partner’s new book, Pat and Dick: An Intimate Portrait of a Marriage. Here are the winners, as selected by the little number gadget at Random.org:

#180 Laura: I am currently reading “Rocket Boys” and really enjoying it…

#17 Barbara P. I remember from one of his speeches his stating that Pat didn’t wear fur coats, she wore a cloth coat. I thought you cheapskate, buy the woman a fur…

# 42 Penny R. I would love to add Will’s book to my historical library. I am currently reading George Washington’s Secret Six…

Congratulations, Laura, Barbara, and Penny! To collect your prize, just contact me at this email address.

MY AWESOME PARTNER, Will Swift, wears many hats. He’s a psychologist, a presidential historian, and a distinguished author. He wrote The Roosevelts and the Royals (Wiley & Sons; 2004), and The Kennedys Amidst the Gathering Storm (Harper Collins; 2009). And today, Pat and Dick: An Intimate Portrait of a Marriage (Simon & Schuster), hits the book stores. Three of you can win a copy of this historical biography. 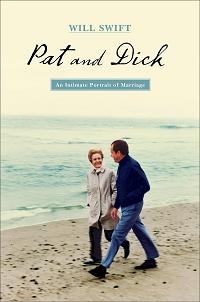 What other authors are saying about Will’s latest book:

“Will Swift’s deeply moving and nuanced portrait of the Nixon marriage sheds new light – and brings a fascinating layer of human emotion – to the most controversial President of the 20th Century. This is not just a book for scholars, but for anyone who has ever wondered about the real lives behind the scandal of the Nixon era.” – Amanda Foreman, author of A World on Fire: Britain’s Crucial Role in the American Civil War.

“Pat and Dick is a joy. It is smart, thoughtful, poignant and insightful. Will Swift sensitively renders two of the most caricatured and pilloried Americans of the late twentieth century in all their multi-dimensionality and complexity.” – Gil Troy, author of Mr. and Mrs. President: From the Trumans to the Clintons

“For someone who was taught from childhood to loathe Richard “Tricky Dick” Nixon — and to pity poor plain, stoic Pat — Will Swift’s sympathetic but rigorous examination of their marriage upended many long-held assumptions and left me deeply moved by the end. This president and his first lady left such a deep mark on their times and our history that it is important to come to understand, in reading Pat and Dick, the intricate personal drama that was going on behind the public upheavals.” – Kate Buford, author of Burt Lancaster: An American Life

“All marriages are mysterious and few were more so, or suffered more stress, than the fifty-plus-year union of Richard Nixon and Thelma (Pat) Ryan. Will Swift, a biographer and a psychologist, gets as close as anyone is likely to get in giving us a realistic and nuanced understanding of the Nixons in hard times, good times, and the very worst of times.” –   Jeffrey Frank, author of Ike and Dick: Portrait of a Strange Political Marriage

For a chance to win a copy of Pat and Dick, just leave a comment below. Perhaps you can tell me the name of the book that you are currently reading.

I’ll announce the winners on Monday, January 13, so be sure to check back!