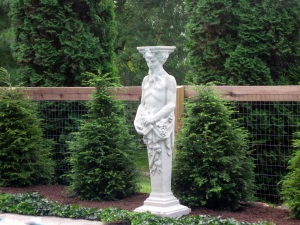 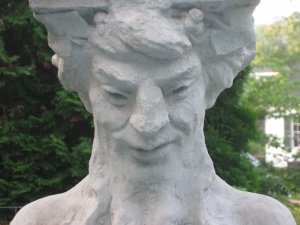 Horns, pointy ears, a lecherous grin…who can resist this face? 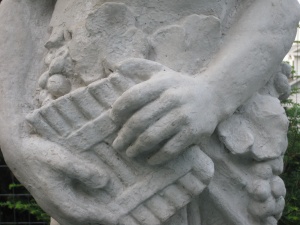 The flute represents the Satyr’s love of music; the grapes, his fondness for wine. 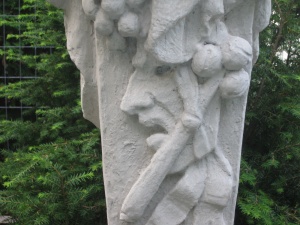 At his base is the profile of a face. Anyone know what this represents?

The only problem with this statue? He looks new. To make him age rather rapidly, I’ll brush him with a 2 cups of buttermilk combined with 1 cup of yogurt. This, when brushed over a cement-cast statue, is supposed to create the pleasant patina of age in a matter of weeks, not centuries. Has anyone tried this aging-technique before?

Related Posts:
Recipe: Summer Pudding
How I Freeze Kale and Other Greens
Nicotiana for Evening Perfume