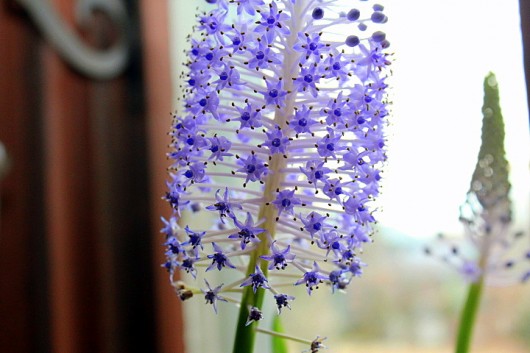 One of the prettiest plants in my window garden just now is Scilla Madeirensis. I planted 3 bulbs of this “Giant Squill” in early October, and six weeks later they greeted me with  spectacular clusters of celestial-blue: 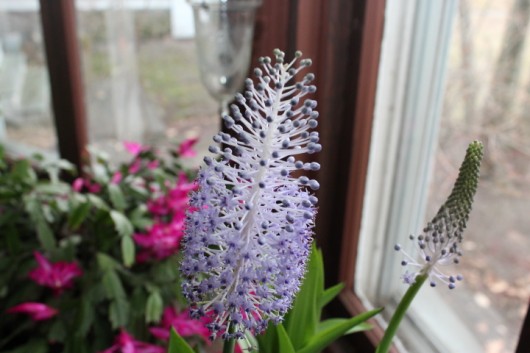 Madeirensis is named for its native habitat: the island of Madeira, off the coast of Morocco. There, in autumn, it sends up 2-foot tall, cone-shaped flowering stalks above pointed, purple-speckled, medium-green foliage. The plant grows to about half its usual size when confined to a pot in a window garden. 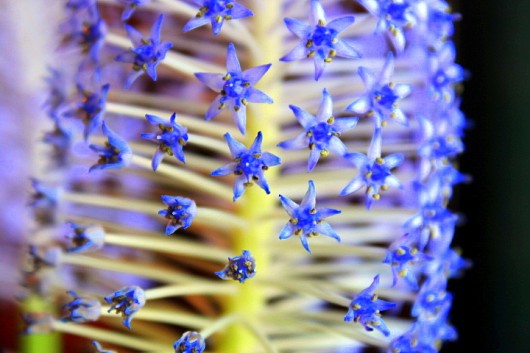 The blue cones, or “racemes,” are composed of hundreds of tiny flowers. These, as you can see in the photo above, are equipped with six petals each. 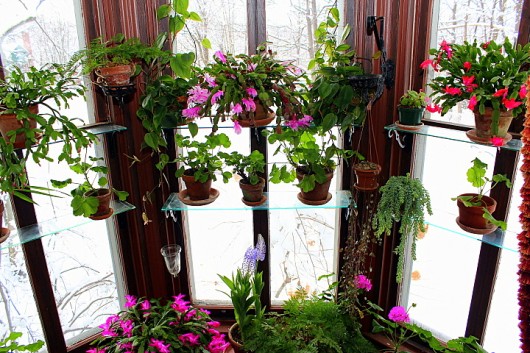 I should probably tell you that I received my tropical trio from  Easy to Grow Bulbs (dot) com. They asked me to test Madeirensis’s winter-forcing potential. 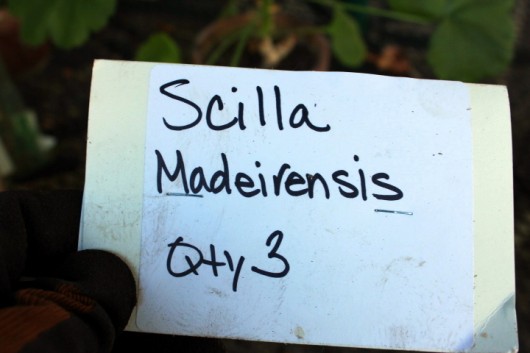 I promptly potted myself, too, by drinking a martini. 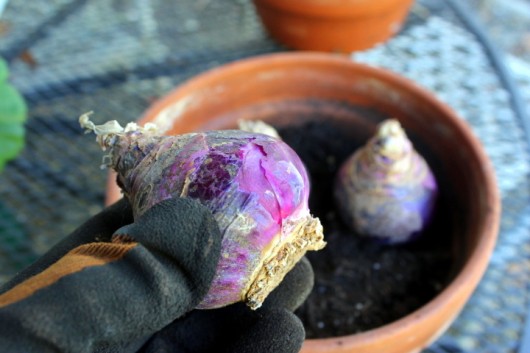 The bulbs, as you can see, are amethyst-colored. Nifty, huh? 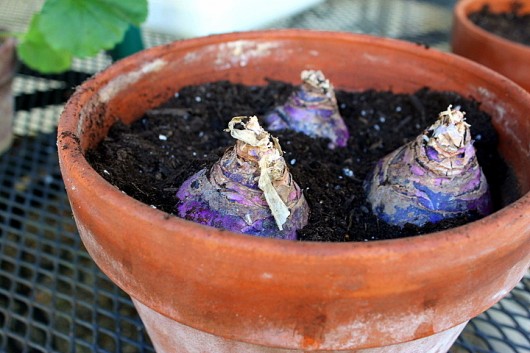 All 3 subjects were planted in a crocked, 6-inch clay pot filled with an ordinary peat/perlite potting mix.  Instead of burying the bulbs, I planted them half-in, half-out of the soil. I plant amaryllis bulbs in the same manner.

Then I saturated the potting mix, and placed the bulbs in my south-facing window garden. Mercifully, Madeirensis does not require a chilling period. 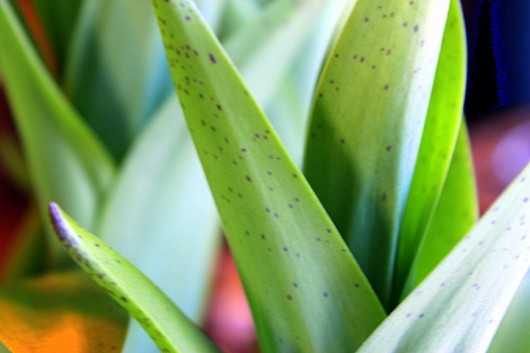 The bulbs busied themselves making roots for 2 weeks. Then, wonder of wonders, the speckled foliage emerged.

I passed out cigars. 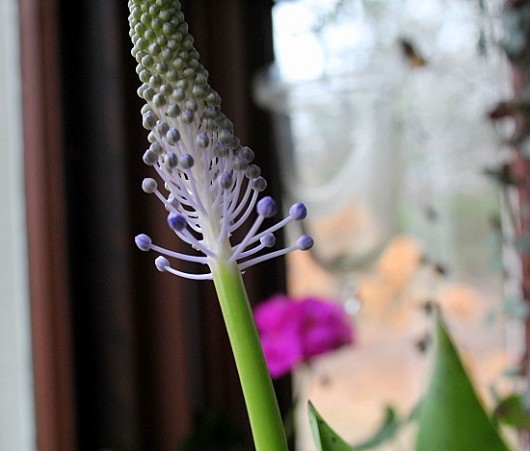 One bulb sent up a flowering stalk after 5 weeks had passed, and another after six weeks. The third bulb hasn’t flowered yet, but that’s a good thing. I’d rather have a lengthy succession of bloom than one big bang.

The flowers are surprisingly long-lasting. In my cool window garden, which never exceeds 65°F, the racemes have remained fresh for nearly a month.  The individual stars fade just as they bloom — from bottom to top. 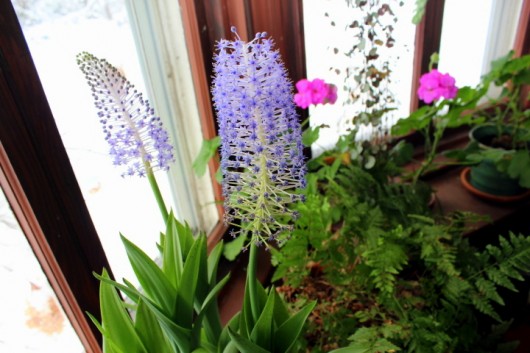 And yes, that’s snow outside my window. A nor’easter rocked my region over the Thanksgiving holiday. 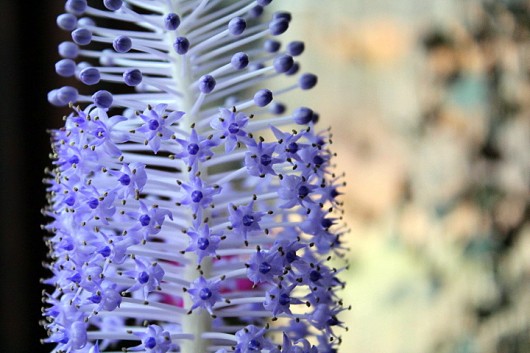 Are you fond of winter-blooming houseplants, too? Talk to me in the comments field below!

Related Posts:
How to Design a Window Garden
Narcissus ‘Winter Sun’
All I Wanted Was Three Drinking Glasses