LAST WEEK, I had great fun telling you about the 185-year-old house (above) that my partner and I saved from certain ruin. I also enjoyed showing you one of the rooms we restored. Here’s a bit more history about the place, along with a few pictures of its now-restored entrance hall and staircase. 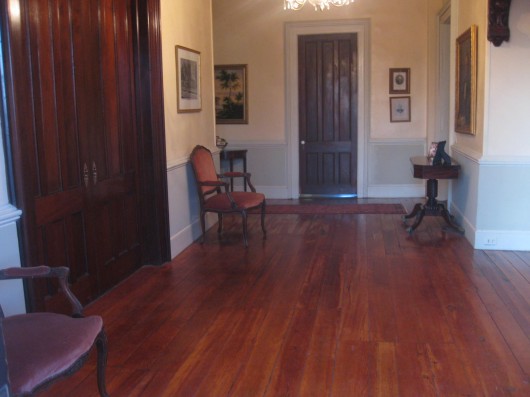 When you open the front door, you enter a long, wide hall. Just imagine this room with beige shag carpeting, and holes in the plaster walls. For that’s what we encountered on our very first visit here.

Straight ahead, behind the closed door, is the kitchen, where all kinds of magic occurs. On the left is a set of pocket doors which open onto the parlor. I’ll photograph the parlor for a future post. 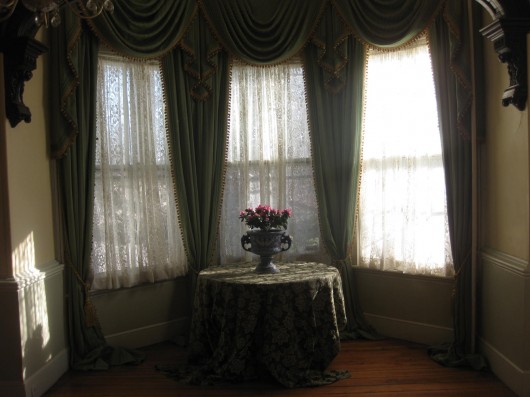 To the right is an alcove, produced by a late 19th century addition to the hall. My apologies for the poor photograph — the shifting light makes this alcove very difficult to capture. 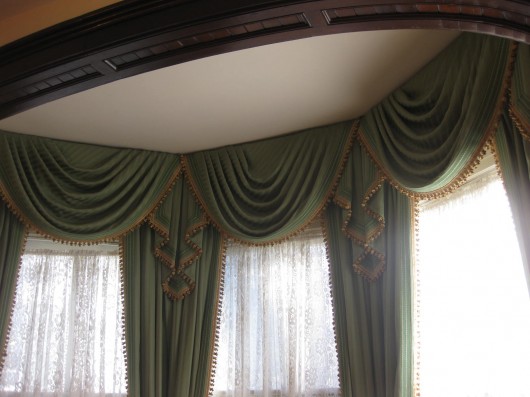 The alcove is framed with a black-walnut arch.  I designed the hangings, which are a sage green, and trimmed with gold, to reflect what I thought would be appropriate for a Victorian bay of 3 windows. The curtains are so long they “puddle” on the floor. The ghosts in this house approve of such extravagance. 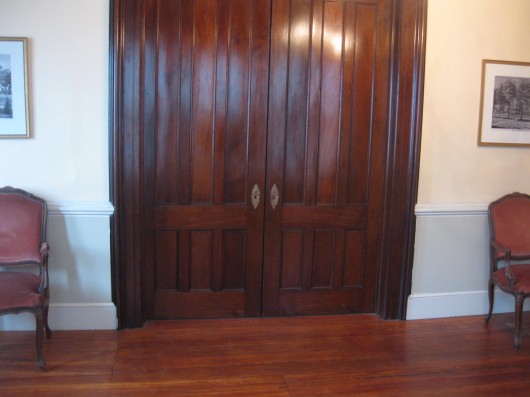 The pocket doors opposite the alcove are mahogany. We keep them closed for the sake of privacy, and also to keep heat in the room when the fireplace within it is in use. 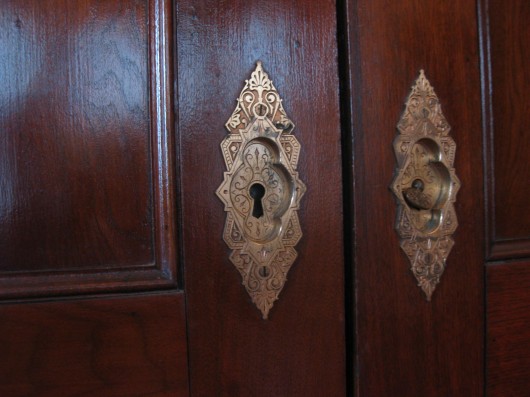 Detail of the brass hardware on the pocket doors. Notice the key on the right — the doors can be locked to keep the servants out. Would that I had servants. 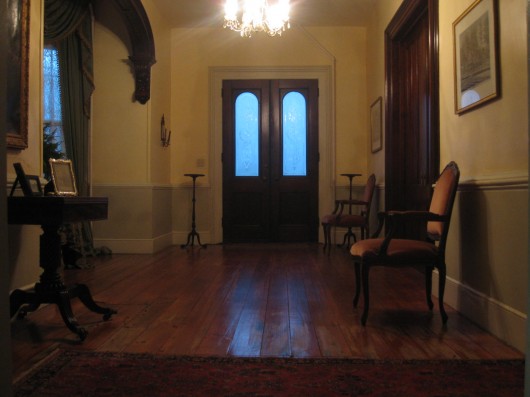 View of the hall, when standing at the kitchen door. Normally I’d have Boston ferns on each of the Victorian plant stands which flank the double front door. But those ferns have been divided and they are  now lounging in window gardens elsewhere in the house. 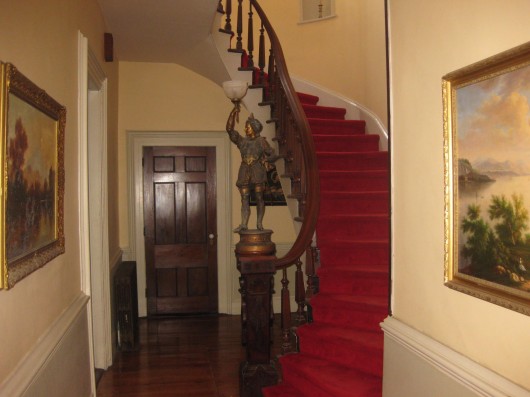 If you turn the corner at the end of the hall, a sweeping staircase greets you. One look at this staircase back in 2002, and I was a goner. We removed the previous occupant’s shag carpeting from the steps, and replaced it with red wool. Red is a great color to use on a staircase, for it draws the eyes upward. The door at the end of this hall leads to the dining room — yet another space in this ancient house I shall photograph for you. 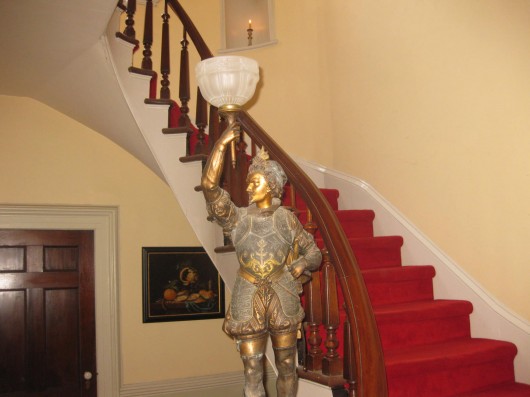 Lighting the staircase at night is a spelter conquistador. Although Janice, the original owner’s great-great grandaughter,  told me the lamp was acquired in 1870, it is actually much older.  My friend Michael,an expert in historical lighting, found this very lamp in a catalog from 1850. The lamp was originally lit with gas.

I can tell you that this house, like all large 19th-century residences, relied on a staff to keep it functioning. Janice told me the last of the original owner’s descendents — two sisters, both of them widowed — employed a staff of 10! And after cleaning this place, I can understand why. From the ornately carved archway in the entrance hall to the spindles on the staircase and the huge mirrors over the mantels, each and every detail must be cleaned. But cleaning them all by myself just makes me appreciate the features even more. You haven’t lived until you’ve climbed to the top step of a ladder in order to polish the mahogany frame of an 11-foot tall mirror!

Related Posts:
House Tour Part One: The Music Room
An Old-Fashioned Shrub: Deutzia scabra
The Entrance Hall: Before & After Papering

The Poinsettia Has A Future
Recipe: Eggnog