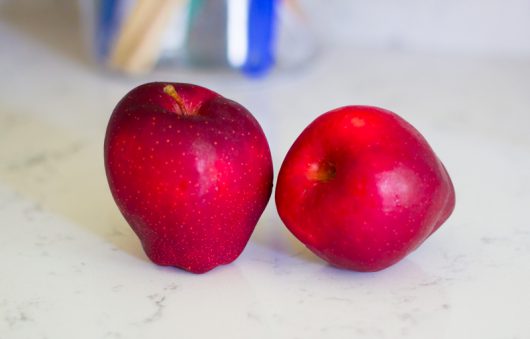 What’s the secret to an enduring relationship? I haven’t a clue. But I do know that Mr. Fox and I have been together for 20 years. Last weekend, we celebrated our milestone achievement in the following memorable ways:

First, we boarded a train for New York City.

Because it was there, in The Big Apple*, that Fox and I discovered each other!

Although Mr. Fox rents a small apartment near his office on Manhattan’s Upper East Side, but we did not stay there. Instead, we booked a hotel on the Upper West Side. The hotel made us feel that we were “on holiday.” 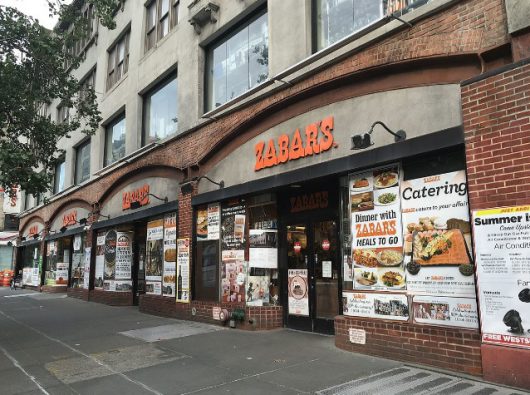 First stop — for one of us, anyway! — was Zabars at Broadway and 80th Street. I used to shop there regularly when Fox and I lived on West 76th Street. (I miss the old ‘hood!) 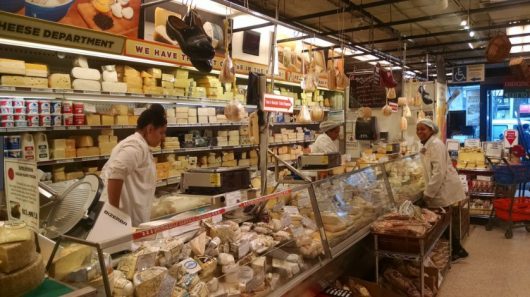 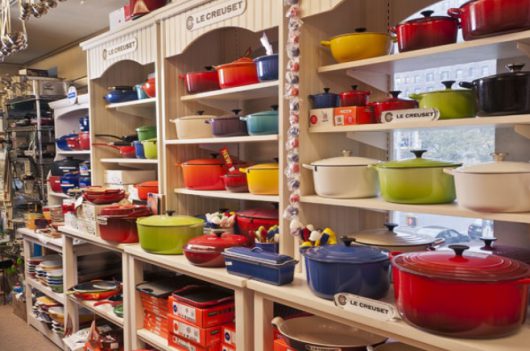 And its upstairs housewares!

People, there is nothing more romantic than good cheese and quality Dutch ovens.

Please don’t argue with me. 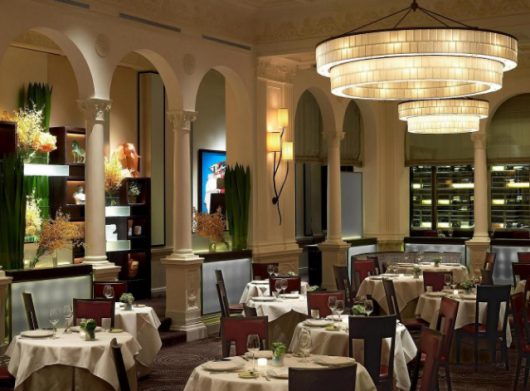 On Saturday night, we dined at Boulud Sud on West 64th Street.  The restaurant is named for its owner, chef Daniel Boulud. It’s a pleasant place with great food and excellent service. Our only complaint? The room was too large and too brightly lit for a “romantical” event.

Pop Quiz! Name the film from whence I stole the term “romantical.” 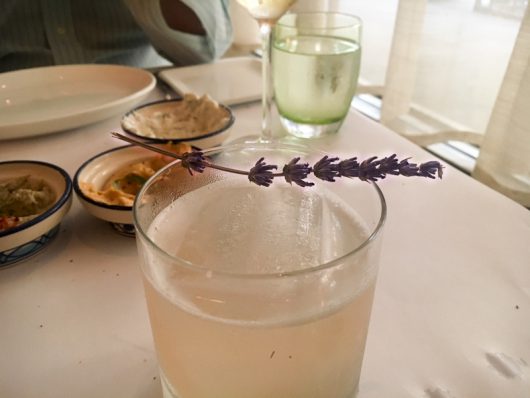 While Fox sipped Prosecco, I tucked into one of Boulud’s signature cocktails: Bombay gin with lavender and honeycomb. I’ll have to reproduce deliciousness at home, and share the recipe with you. 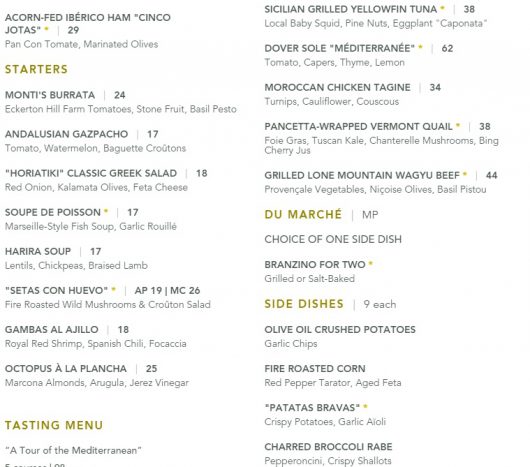 Here’s a detail from Boulud’s menu. We started with a generous assortment of Mediterranean breads and spreads, and then moved on to Andalusian Gazpacho and Pancetta-Wrapped Quail. This last dish was as wonderful as anything. 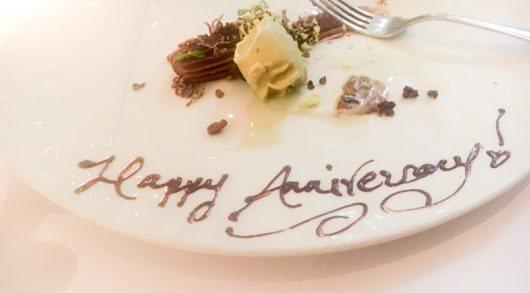 Although we did not order dessert, Boulud delivered one anyway. How could we refuse? 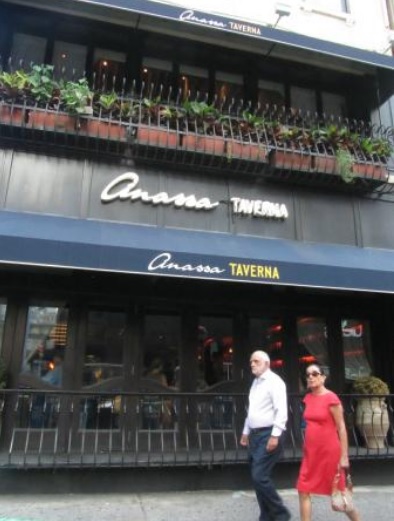 On Sunday — our actual anniversary day — we walked to the corner of 60th Street and 3rd Avenue. It was here, on July 29, 1998, at a bustling cafe, that Mr. Fox and I had our first date. The place was called “Butterfingers” then. Now it’s a Greek eatery called “Anassa Taverna.” We did not stop to eat there, but vowed to do so on our next anniversary. 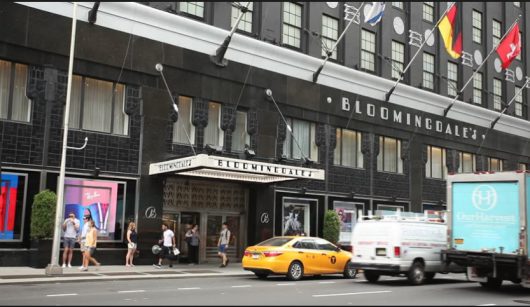 Then we popped into Bloomingdale’s, where one of us was promptly doused with “Dylan’s Blue” — the latest men’s fragrance from Versace.  I enjoyed the scent, so Mr. Fox surprised me by purchasing a bottle. 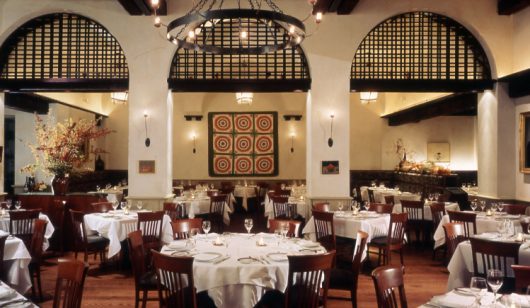 Next, while the scent of Dylan’s Blue still lingered in the air, we headed south to Gramercy Tavern for lunch. 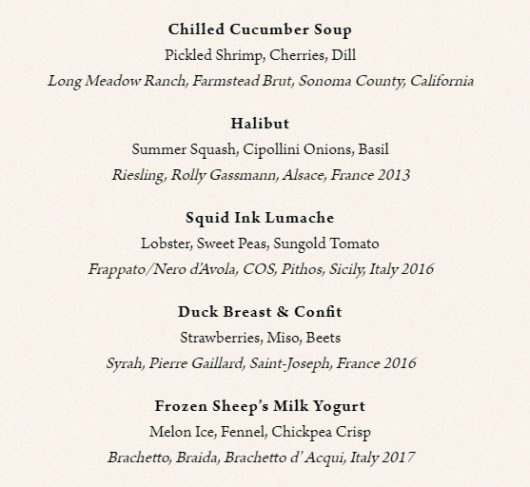 And what a leisurely lunch it was! For the next two hours, we sampled the Gramercy Tavern’s Seasonal Tasting Menu (described above). 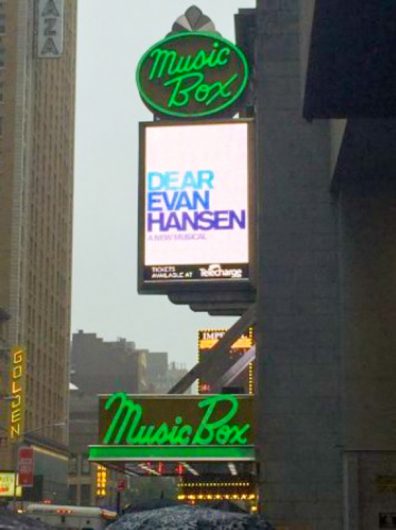 After lunch, we raced to the Music Box Theatre for a performance of “Dear Evan Hansen.” If you haven’t yet seen this engaging and emotional musical, you must. The story centers on Evan Hansen, a high school senior with a social anxiety disorder. He finds himself in a “bit of a mess” after the death of a classmate. Fox and I had tears in our eyes for much of the show.

Note: If you were at this same sold-out performance, and you found yourself choking on someone’s overly-applied cologne, well, all I can say is “That was me. So sorry.”

I’m not sorry that we did not travel to Ireland for our anniversary, as we’d originally planned. Manhattan, for us, is a short (2 hours and 10 minutes) train ride away. Consequently the trip was all fun and no jet lag!

Now back to the initial question in this post. What’s the secret to an enduring relationship? Is it…

The ability to forgive and forget?

Speak your mind in the comments field below.