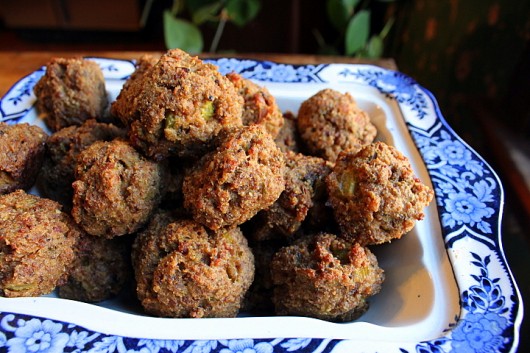 These Bacon and Sausage Stuffing Balls are wickedly delicious — brown and crispy on the outside, sumptuous and savory on the inside.  To make them gluten-free, just use, as I did,  fresh tapioca bread for the breadcrumb component. Here’s the step-by-step recipe for this Thanksgiving or Christmas side dish: 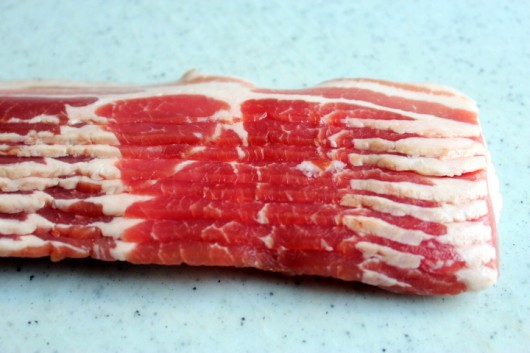 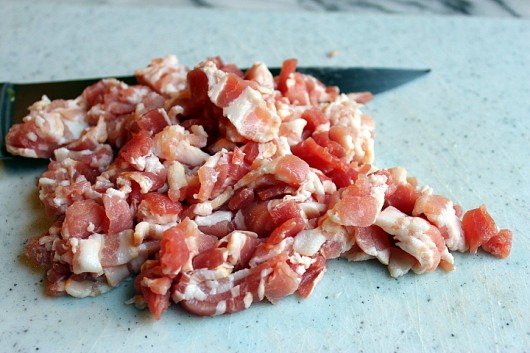 And finely chop it. 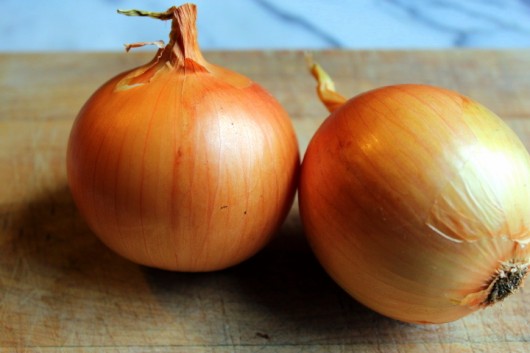 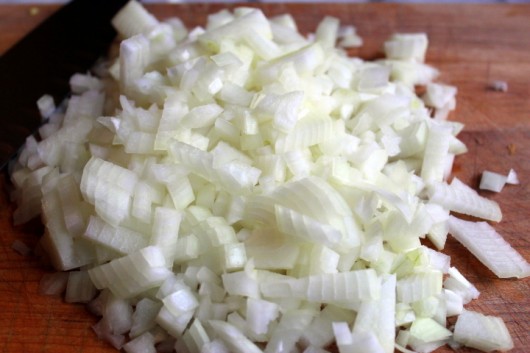 And roughly chop them. 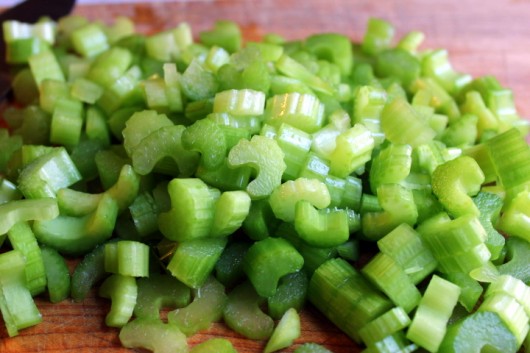 Chop up some celery, too. If you can, chop it even finer than I did in the photo above. Otherwise, you’ll end up having to use a food processor later in the game, just as I did. 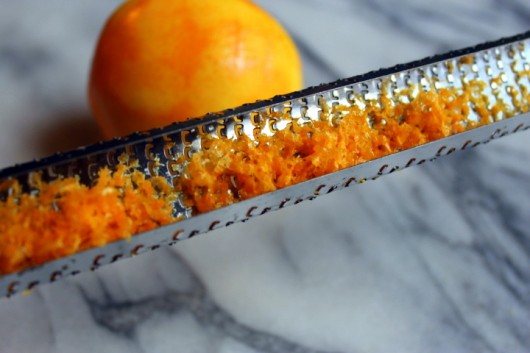 Then zest a large, attractive orange… 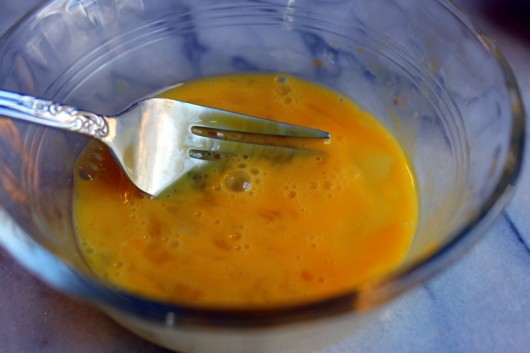 And beat the smithereens out of two large eggs. 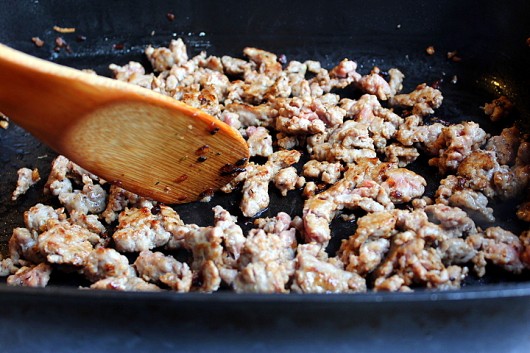 Now throw some sweet Italian sausage into a skillet, and break the meat up with a wooden spatula as it cooks. Transfer to a big bowl, and set aside. 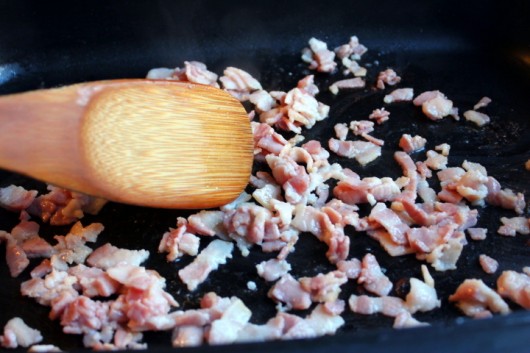 Tip the chopped bacon into the skillet, and let it cook just until the fat is rendered. Do not remove the bacon from the pan. 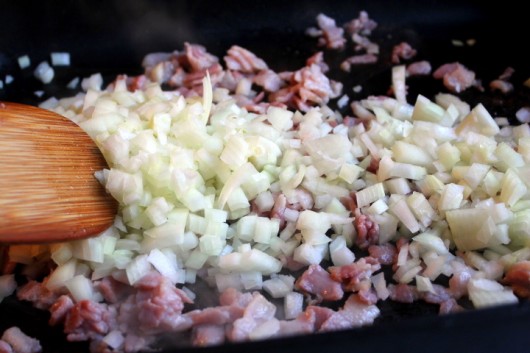 Add the onions, cover the skillet, and cook until soft and translucent — about 7 minutes. 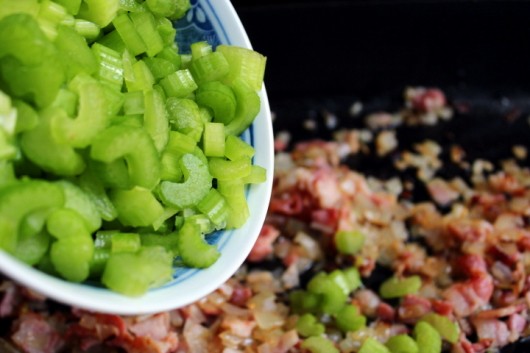 Then add the celery… 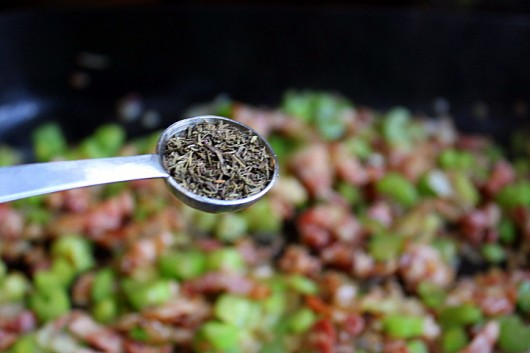 A big pinch of thyme… 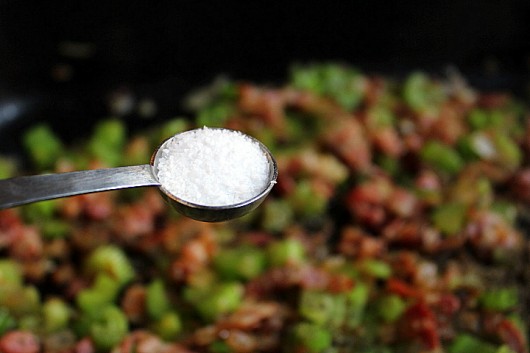 And some salt and pepper.

Cook just until the celery softens. 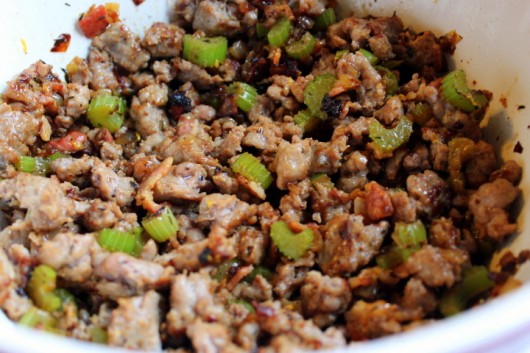 Then transfer the skillet ingredients to the sausage bowl, and mix well. 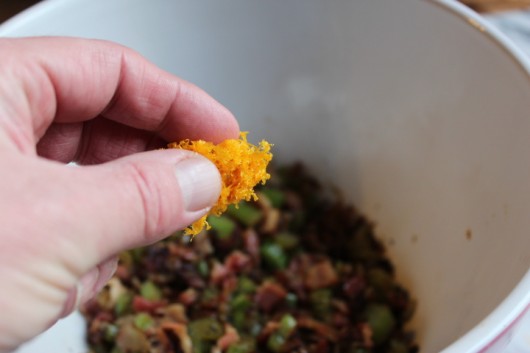 Stir in the orange zest. 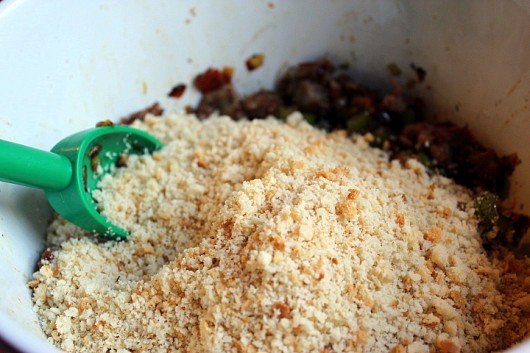 Then stir in some fresh, white bread crumbs. I used tapioca bread, so my crumbs are gluten-free. 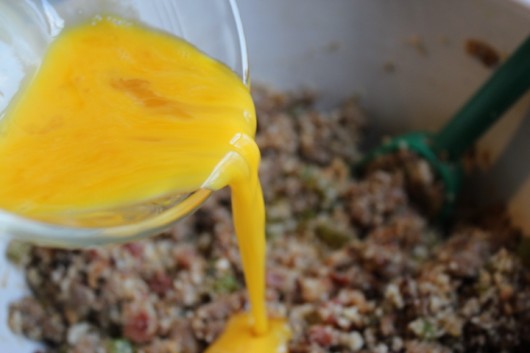 Now perform a test: Grab a small clump of the mixture, and form it into a ball. If the ball holds its shape, you’re good to go. Otherwise, if it falls apart, your morsels of sausage and celery are too large.

The cure? Throw the mixture into the food processor, and blitz it a few times, just to break up the sausage and celery. 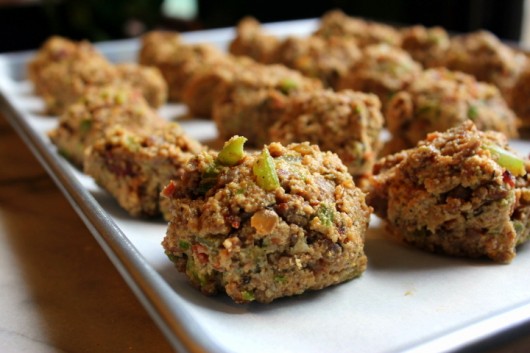 You can make the balls as large or as small as you choose. I made mine about 2 inches in diameter, and then laid them out on a parchment-lined cookie sheet.  This yielded 24 balls of bliss.

And here’s a tip: You can prepare the balls in advance up to this point. Cover and refrigerate for up to 1 day. 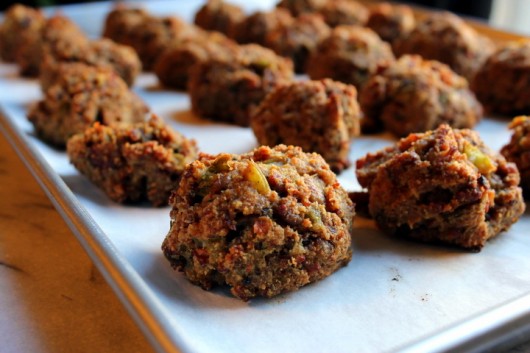 Bake at 325° until the crust turns golden brown — about 30 minutes.

Yet another tip:   If you are making the balls for Thanksgiving, pop them in the oven while the turkey is resting. 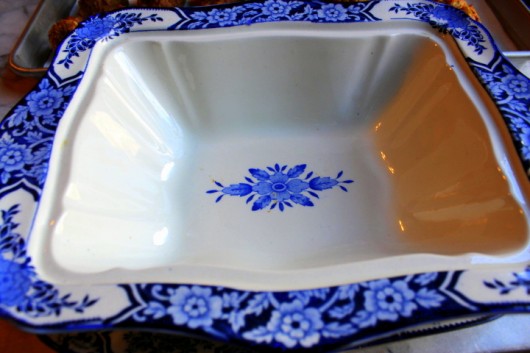 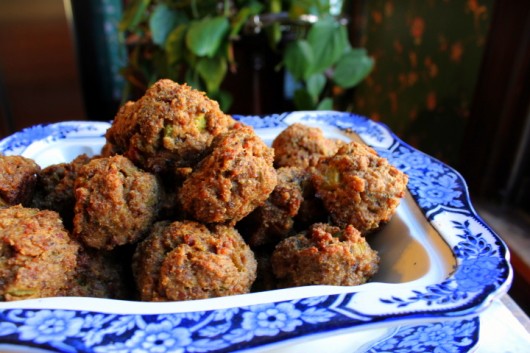 And mound up the beautiful brown globes. Or, arrange them in a pyramid shape. Just make sure you don’t trip en route to the dining room. 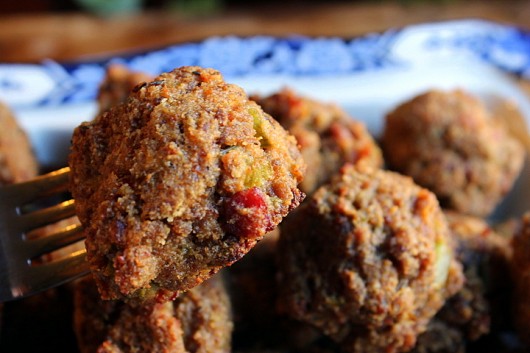 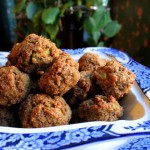