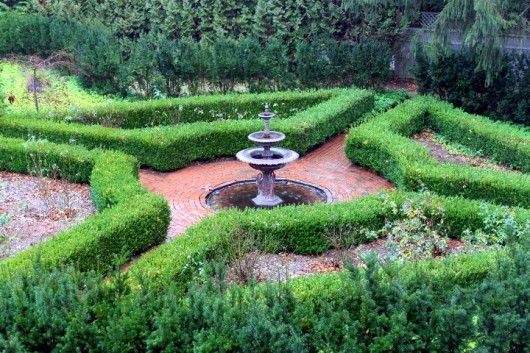 Was your Christmas holiday merry and bright? I certainly hope so! Here in New York’s Hudson Valley, Christmas eve of 2015 was unusual weather-wise, as temperatures soared to a record-breaking high of 71°F. It was not a day to stay indoors! 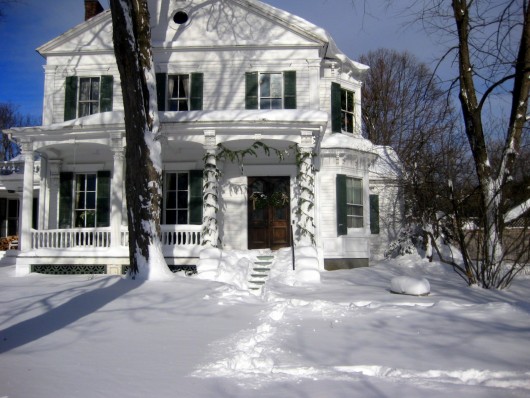 For the sake of reference, here’s my house on a typical Christmas eve. If you live in Florida, the white stuff on the ground is called “snow.” 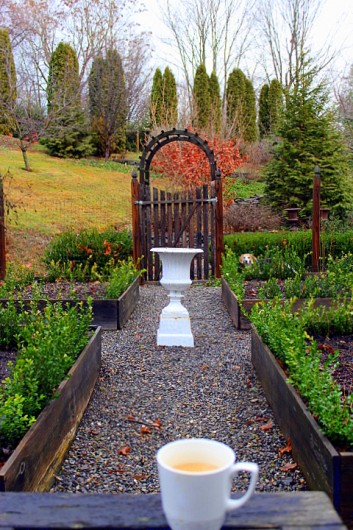 This year, instead of shoveling snow on Christmas eve morning, I started the day with cafe au creme in the herb garden. Lily the Beagle enjoyed the weather, too.

Then I drove to the train station, and picked up my dear friend Judy Katschke. Judy lives in NYC. We met in 1999 while standing in line for a flu shot at a drug store on Manhattan’s Upper East Side. We’ve been best buds ever since!

That afternoon, Judy and I  shopped for organic coffee at Tierra Farm in Valatie, NY, and browsed the fun kitchen-inventory at American Pie in Chatham, NY. Then we raced home… 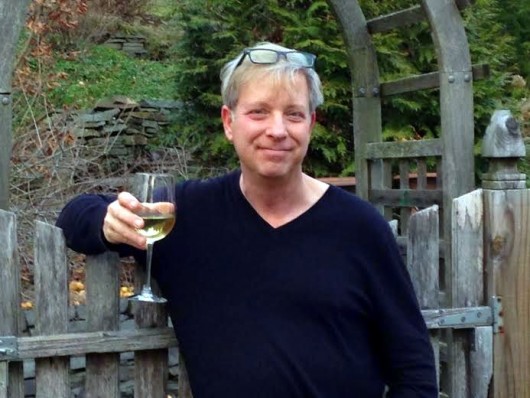 And drank ice-cold Pinot Grigio in the herb garden. Judy snapped this picture of me with her cell phone. If I told you this photo was taken in late-April, you’d believe me, right? 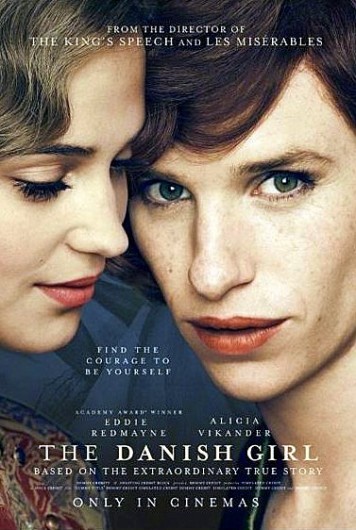 That evening, and courtesy of our friend David Deutsch, who votes in the Academy Awards and who receives films that will potentially be nominated for an Oscar, we were allowed to screen The Danish Girl in the comfort of our library/den. The film is a pseudo-biography of Lili Elbe, one of the first known recipients of sex-reassignment surgery. I highly recommend it. The film, I mean.

The next morning, the three of us opened our gifts to each other. Then I popped into the kitchen, and prepped Christmas dinner for 9 people, with Judy acting as sous-chef. The menu:

Dinner was great fun. I didn’t take any pictures, because it didn’t feel right to do so. But I can tell you that the wine flowed, and so did the laughter. I love a noisy dinner table! 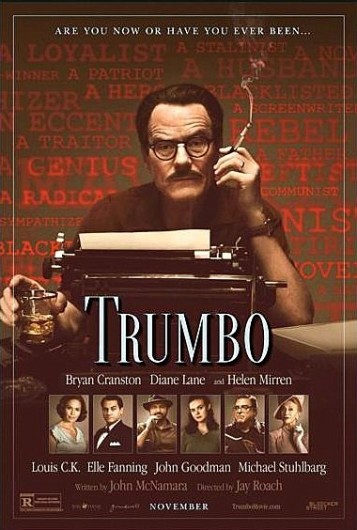 Like David Deutsch, Judy Katschke votes in the Academy Awards, too.  She brought along the film Trumbo, which we screened after dinner. In 1947, Dalton Trumbo was Hollywood’s top screenwriter, until he and other artists were jailed and blacklisted for their political beliefs. Another recommend.

And that, my friends, was how I spent the Christmas holiday. In the comments field below, I hope you’ll tell me about your own celebration. Did you cook? Did you travel? Did you…play outside in shockingly-warm weather?