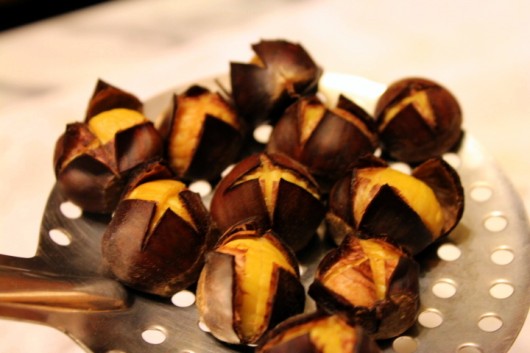 SURE, I miss a few things from my New York City days.  I miss walking to restaurants. I miss hopping on the subway to see a Broadway show. And I miss noshing on the warm, fragrant chestnuts offered by street vendors during the holiday season. Whoops. Scratch that last item. Chestnuts are a cinch to prepare at home. Wherever that might be. 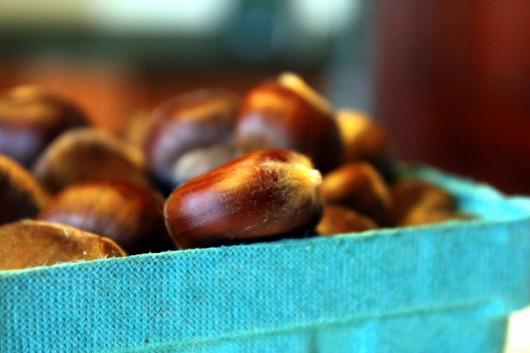 These hard-shelled fruits are available from November through December. Most folks roast them in a hot oven. But in my experience, they are infinitely better when boiled. Boiling brings out their succulent, almost supernatural deliciousness. And as an added bonus, boiling makes them incredibly easy to peel. 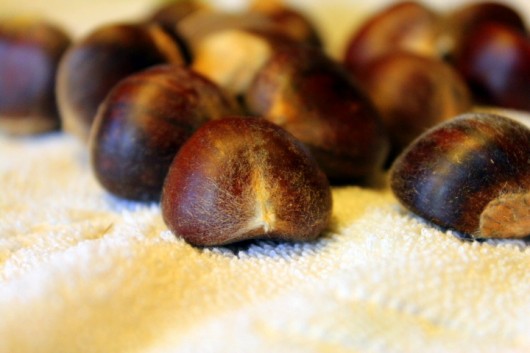 First, to keep these brown-shelled beauties from slipping and sliding on your work surface,  lay them flat-side down on a towel. 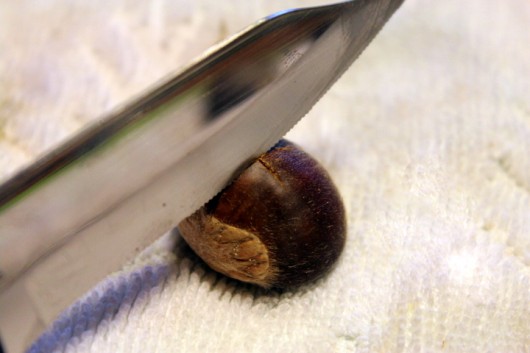 Then, using a sharp paring knife, score a big cross into the top, curved side of each shell. Don’t be afraid to cut, just a little, into the flesh. 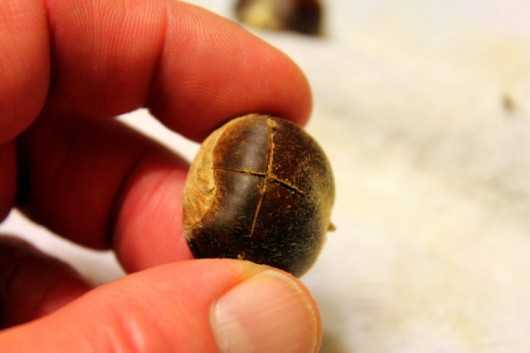 Pictured above is my idea of a well-scored chestnut. 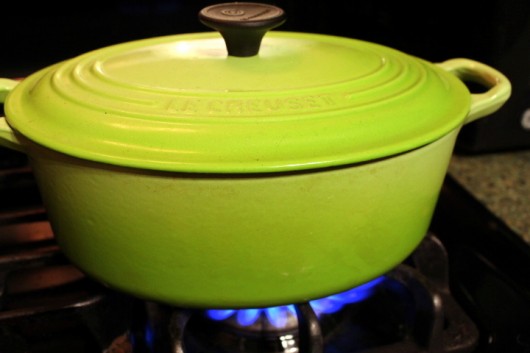 Now drop the nuts into a pot of rapidly boiling water. Adjust the heat to maintain a steady simmer, and then cover the pot.

Twenty minutes later, remove the lid and inspect the produce. Most of the shells will have opened up, revealing the golden nugget within. Go ahead and remove these subjects. Let the others continue to simmer. Their time will arrive in about 10 minutes. 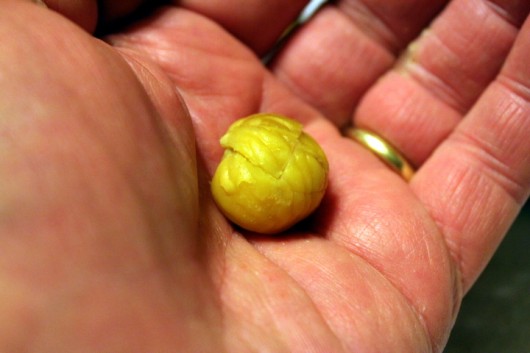 Slip off the shells while the nuts are still warm. Be sure to remove any papery residue, too.

And prepare yourself for an unbelievably delicious snack! A snack you can eat and eat without any degree of guilt. For chestnuts are loaded with fiber, protein, and vitamin C. 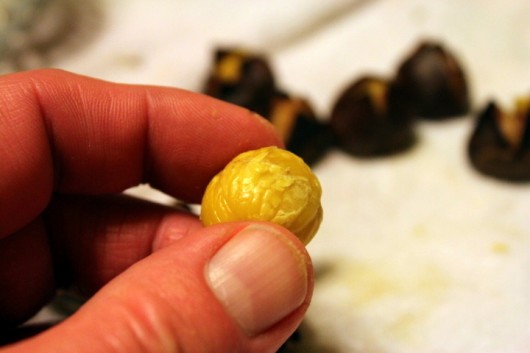 If you’ve tried oven-roasting fresh chestnuts in the past, and the results have been less than spectacular, do give the boiling-method a try. I think you’ll be pleasantly surprised.