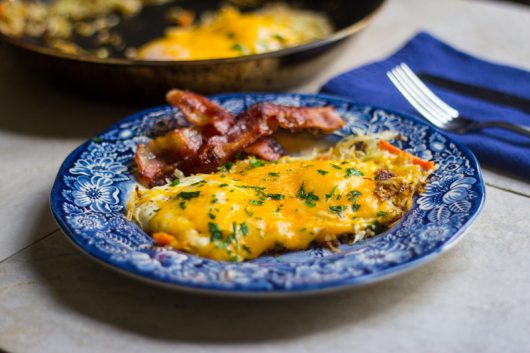 I can bring home the bacon; fry it up in a pan. I can add eggs and other stuff, too, and serve it all to my man. Cuz I’m a double-u-o-adventurous cook. (Well, I hope you know that song. Or was it a TV ad?) Anyway, Mr. Fox LOVED this low-carb meal of bacon, coleslaw, eggs, cheese, and parsley. For such a delicious dish, it takes no effort to prepare. And it cooks up in minutes in a single skillet. Here’s the step-by-step recipe: 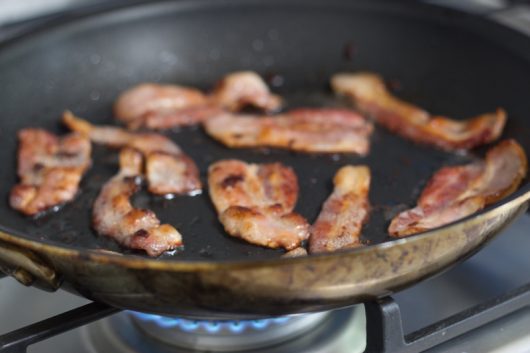 First, cut 6 strips of bacon crosswise in half, and fry them in a large skillet over medium-low heat until they’re brown and crisp. 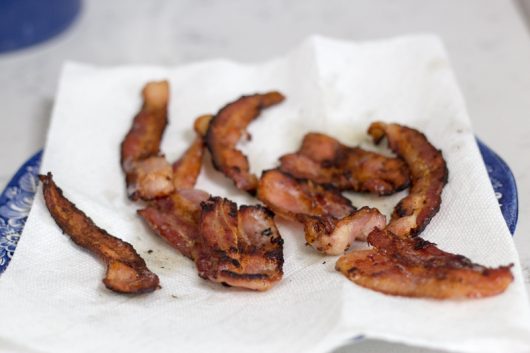 Drain the bacon on paper towels, but do not pour off the bacon fat that remains in the skillet. We’re gonna use that yummy grease! 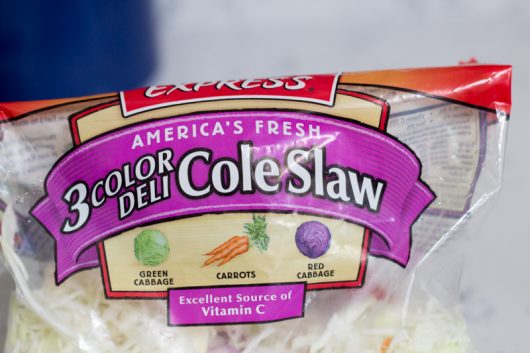 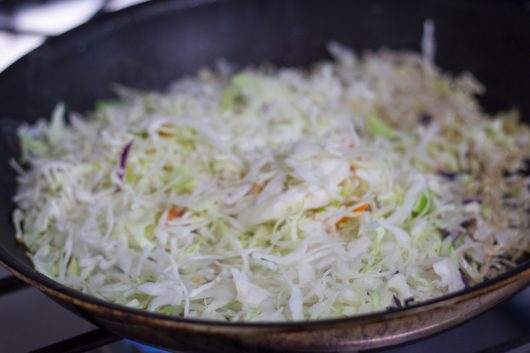 And pour half the bag into the skillet (reserve the other half for the next time you wish to make this recipe). 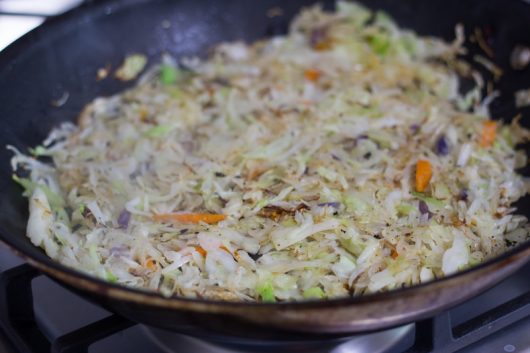 Saute the coleslaw in the bacon fat until it softens and starts to brown — about 5 minutes. 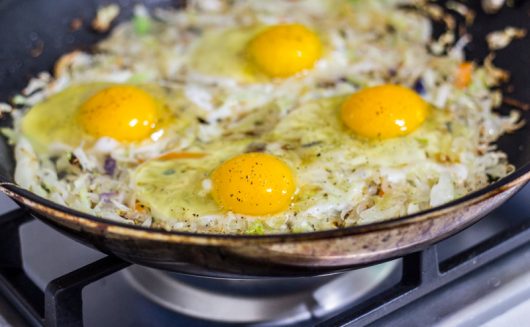 Top the slaw with 4 large eggs, and season the eggs with salt and freshly-ground black pepper. 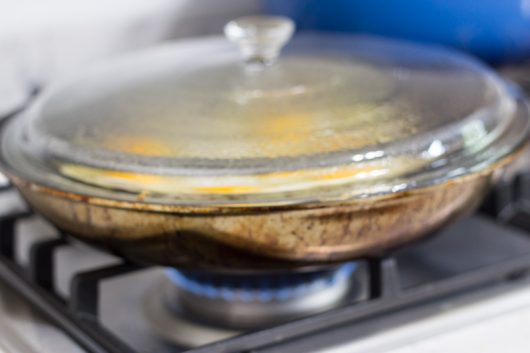 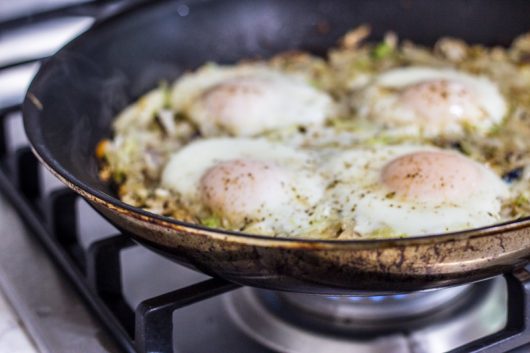 And let the eggs cook until the whites are set and the yolks develop a light film — about 3 minutes. Do not overcook the eggs!

You can serve the dish at this point, or do what I did, and take it to another delicious level: 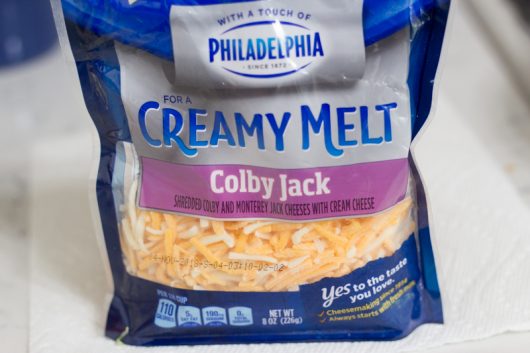 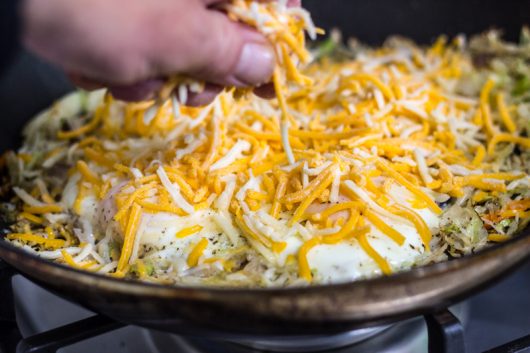 And scatter it cheese over the eggs! 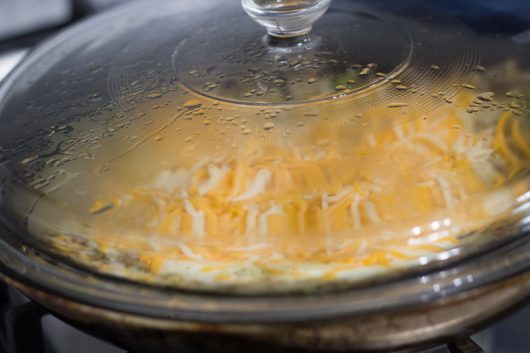 Then turn off the heat, and cover the skillet until the cheese melts — about 2 minutes. 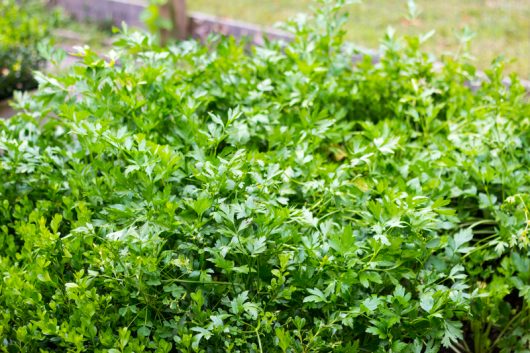 Meanwhile, snip a few stems of parsley from your garden or grocery store…

And sprinkle the coarsely-chopped leaves over the cheese. 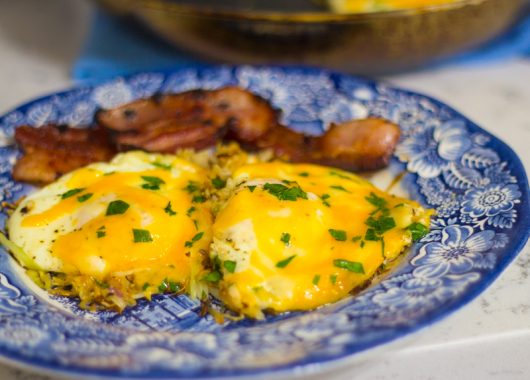 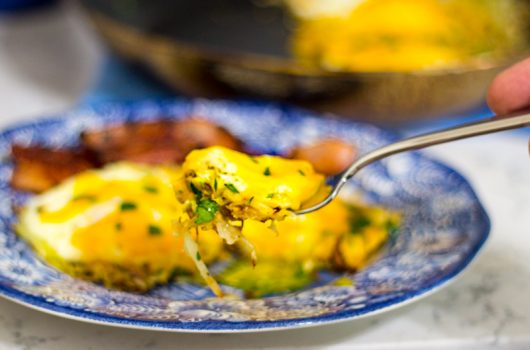 Mr. Fox loved this low-carb feast as much as I did. I think you’ll love it, too.

A one-skillet dinner that is not only delicious, but low-carb, too!