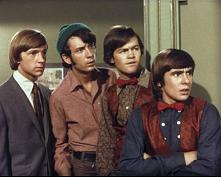 I’D LIKE TO THANK everyone who took my recent “oldies” quiz. Would you like to see the answers? Here they are, along with the names of three randomly-selected winners:

Correct answers are in bold print.

The song, “Will You Love Me Tomorrow?”, was recorded by The Shirelles.

Q.3 What’s the name of Dusty Springfields first hit?
Wishin’ and Hopin’
I Only Want To Be With You
Son of a Preacher Man

Q. 7 What did Jimi Hendrix first do in March of 1967?
Set fire to his guitar while on stage
Performed in a Broadway show
Toured Australia

Q. 8 Which of these songs was a big hit in three separate decades?
Twist and Shout
The Locomotion*
Go Away Little Girl

Q. 9 In the early 1960s, Tony Orlando was employed as:
a cab driver in Philadelphia
a mail-room clerk at Macy’s
a demo singer at Aldon Music

Q. 11 The music of Simon and Garfunkle is featured in this 1960s film:
Bonnie and Clyde
The Graduate
The Apartment

Q. 13 Jack Bruce, Eric Clapton and Ginger Baker were all members of which group? (100 percent of you answered this question correctly!)
Milk
Butter
Cream

Q. 15 In 1964, which band scored a big hit with The House of the Rising Sun?
The Doors
The Animals
The Yardbirds

Q. 20 Peter Noone was the lead singer of which 1960s band?
The Byrds
Herman’s Hermits
The Turtles

And now, for the winners! Out of 512 participants, the following were selected by Random (dot) org:
Marjean C.
Robert M.
Joan P.

Congratulations, Marjean, Robert, and Joan — you’ve each won a handy-dandy Spaetzle-maker. Check your in-box for an email from me!