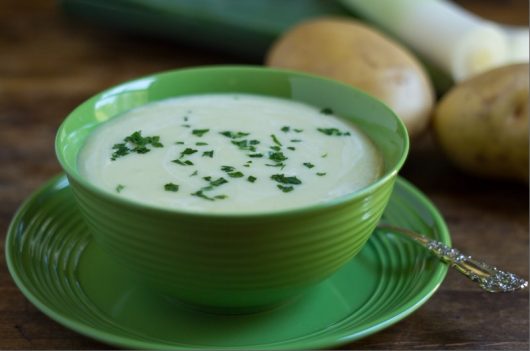 I first learned about leeks at age 14, when Juliette Miller — my friend Jerry’s French-born-and-raised mother — gave me a paper bag filled with the fat, pale-green stalks, freshly dug from her garden. When I asked what I should do with them, Juliette took a pencil from her purse and hastily scribbled on the bag a recipe for Leek and Potato Soup. I made the soup the next day, and immediately fell in love with its mild onion flavor and velvety consistency.

Need a first course soup for your next dinner party? Need a main course soup that will warm your soul when the weather turns chilly? The following video (and printable) recipe is for you:

Thanks for watching! As mentioned, you can make this French Leek and Potato Soup several days ahead of time. It’s delicious at any temperature, including cold from the fridge. Served cold, the soup is properly called “Vichyssoise.”

Think you’ll give this creamy-dreamy French Leek and Potato Soup soup a try? Talk to me in the comments field below. Meantime… 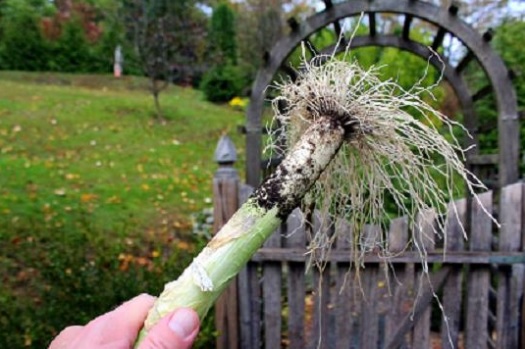 Want to grow leeks next spring? I photographed the step-by-step tutorial for you. 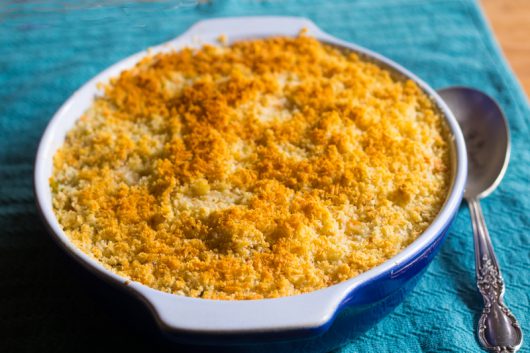 Looking for a fabulous side dish? Make my easy-peasy Gratin of Leeks!

And if you’re hungry for more, be sure to get my email updates. 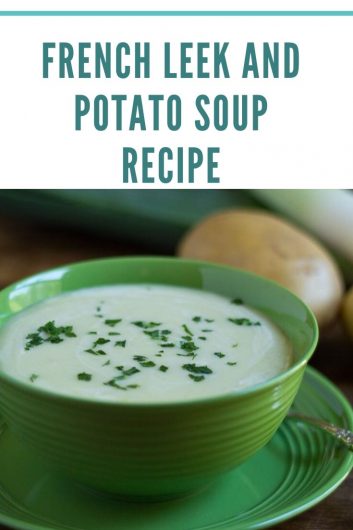 And here, because I love you, is the printable recipe for Leek and Potato Soup: 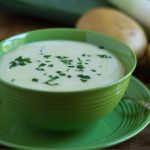