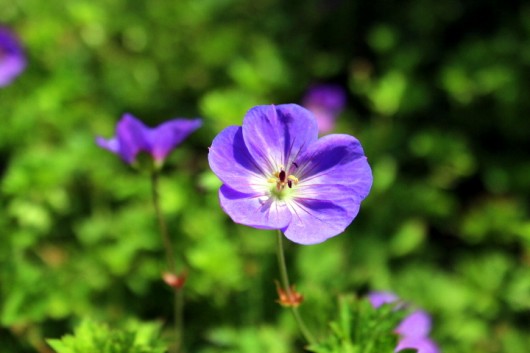 (Hint: Please share your own 9/11 memories in the comments section below.)

I’ve not written about September 11, 2001 until now, because even though “the day” was 15 years ago, it still feels like yesterday to me.  I lived in New York City at the time, in a pre-war apartment building located at 174 West 76th Street.

I remember that horrid Tuesday not only for the terrorist attacks, but for the weather, too. After weeks of insufferable heat and humidity, September 11 brought blue skies and crisp, inviting air. At 7AM, after Silver Fox departed for his office on bicycle, I opened all the windows in the apartment. Then I grabbed some paint and a paint brush, and set about “touching up” a closet door. I also turned on the television set. The Sci-Fi channel was airing the most influential series of my youth — “Dark Shadows.” The apartment building rumbled when a plane flew too-low over the Hudson River. Yep, that plane.

Apparently the Sci-Fi channel doesn’t interrupt broadcasting for anything, ever. No sooner had I finished my painting job than Silver Fox burst through the door. “I tried to call you from work,” he said. “Terrorists flew a plane into the World Trade Center. It’s pure chaos downtown, and the phones are dead.”

We switched the TV channel to CNN, and discovered — to our horror — that yet another plane had flown into the WTC, this time the South Tower. Silver Fox returned to work (lucky thing he used his bicycle, because public transport was shut down), while I remained glued to the television. Not one my piano students showed up for lessons that afternoon.  I didn’t blame them.

The next day, I and my friend Judy Katschke did what every New Yorker tried to do: Help the rescue efforts. We walked downtown, only to discover that no one was allowed below Union Square. Armed guards told us that first responders were in need of toothbrushes, toothpaste, sanitary wipes, socks, and surgical gloves. We purchased all these items from a nearby Duanne Reade, and handed them over.  We didn’t care if our efforts amounted to anything. We simply had to do something.

Union Square looked like a scene from a World War II film. Army tanks were parked at every corner. Uniformed soldiers stood guard, too. I remember asking Judy “Where are the Andrews Sisters?” Well, the whole thing was surreal.

Not surreal were the photographs of missing people. These were hastily taped to posters with the words”Have You Seen __________?” scribbled up top.  At that time, we all believed that survivors would be found in the rubble.  Our hopes were dashed in a matter of days.

In closing, I’d like to say that in the months leading up to 9/11, I’d lost a lot of weight on the “Atkins Diet.” The diet permits you to eat bacon and other fatty meats, but no pasta or other carbs. After the terrorist attacks, the thought of dieting seemed silly indeed. Why deprive myself of the things I love when the future is so unpredictable? I stopped at Fairway on Broadway, and filled my cart with several “family-size” boxes of Stouffer’s frozen Macaroni and Cheese. These I consumed while watching CNN over the next few days.

Much has happened in the 15 years since 9/11/01. Silver Fox and I purchased a house in New York’s Hudson River Valley. Silver Fox became a grandfather first to Emerson, then to Piper, then to Cole. I started a blog.  And today, on this special anniversary, I ate chocolate cake for breakfast.

Flowers for the September Entrance Hall
Make Your Own Beef Stock