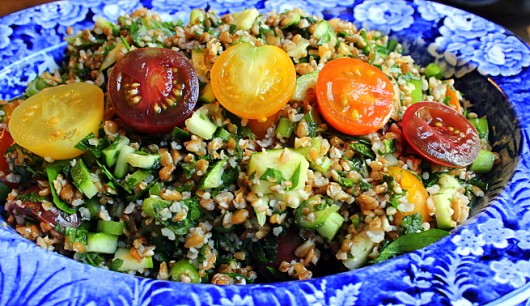 Today, because I wanted to eat something delicious (and healthy!) for lunch, I made a big bowl of Tabbouleh. Do you know this vegan Lebanese dish? It’s crunchy with cracked wheat, and fragrant with fresh parsley and mint. Even meat-eaters love it. 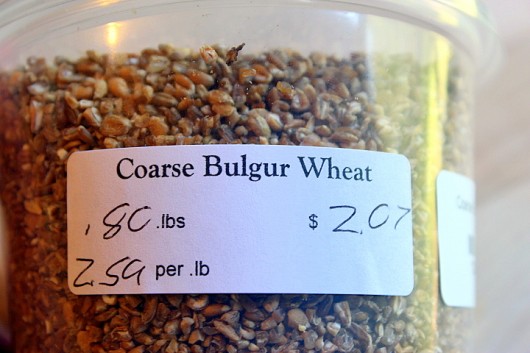 A note about Bulgar wheat. If your supermarket doesn’t sell this cracked grain, seek it out at health food stores and Middle Eastern markets. Or, just hop a flight to Lebanon. Tabbouleh — and Bulgar wheat — are staples there.

I found coarse Bulgar wheat at my favorite farm store. So no jet-lag for me. 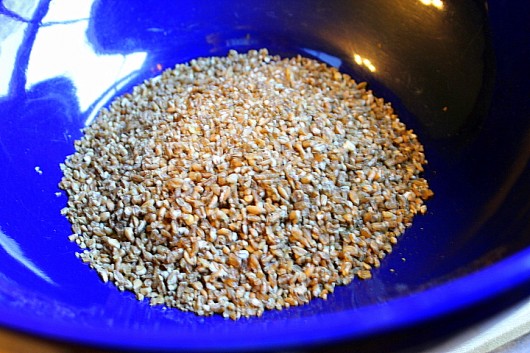 To start, tip the wheat into a big blue bowl. 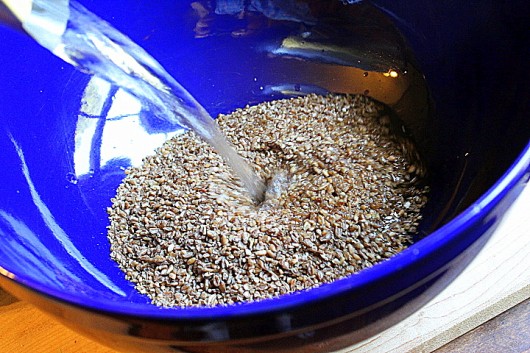 Then add some boiling water… 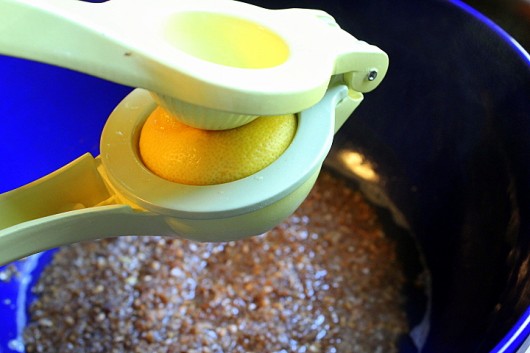 A drizzle of olive oil… 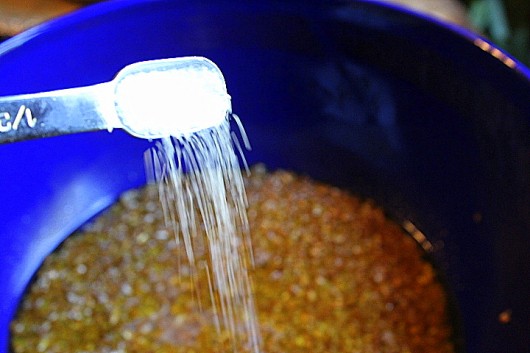 And a big pinch of salt. 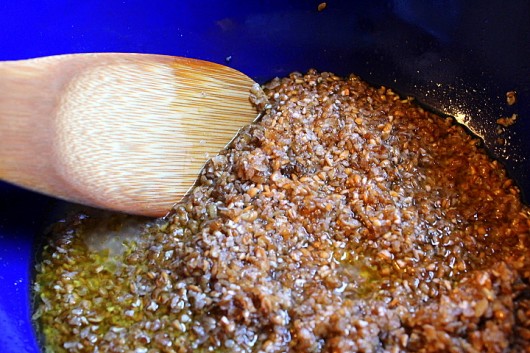 Stir briefly with a wooden spoon, and set aside at room temperature for an hour. During this time, the wheat will soften up as it absorbs all the yummy liquids in the bowl.

Meanwhile, prepare the veggies and herbs: 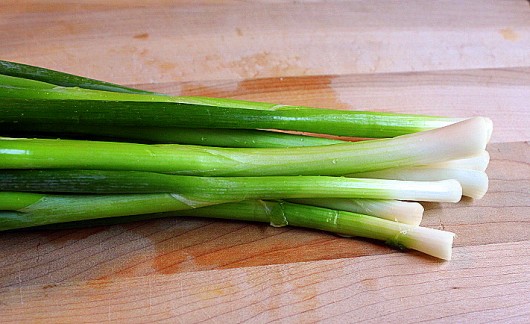 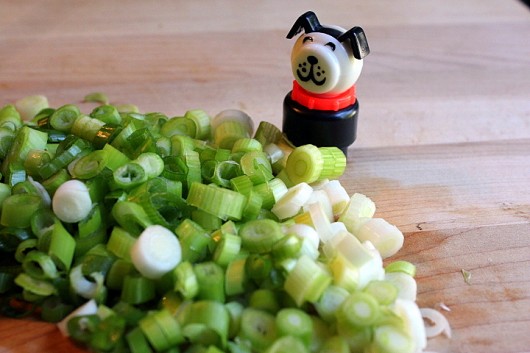 And dice (or thinly slice) them. 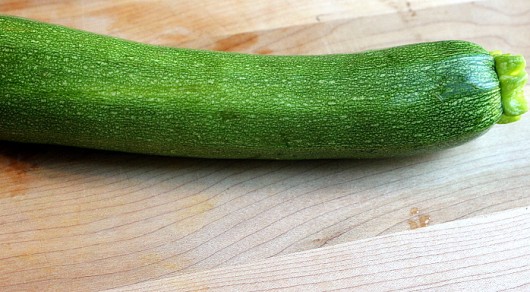 Then nab a young zucchini. By “young,” I mean the squash should not be more than 8 inches in length. Old, gonzo-size zukes are flavorless. 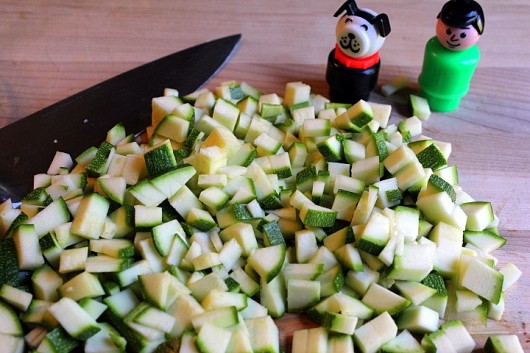 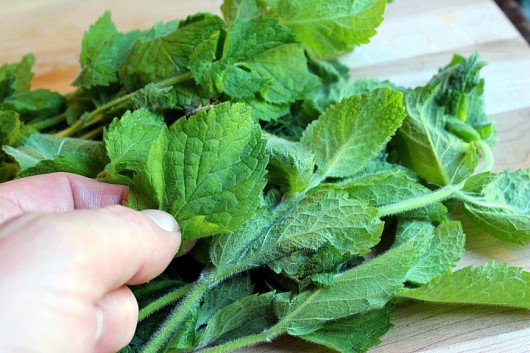 Now run out to the garden, and grab some big bunches of mint and parsley. 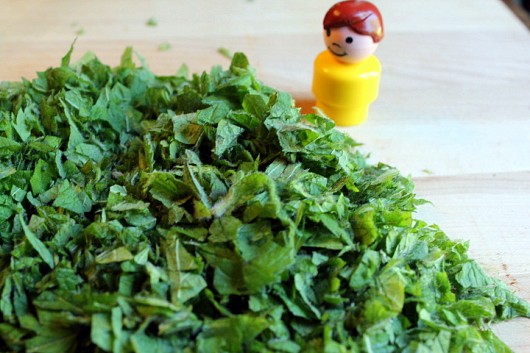 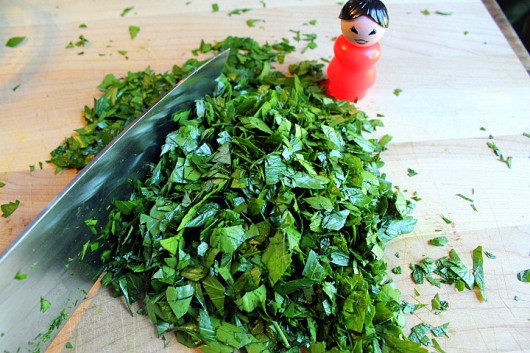 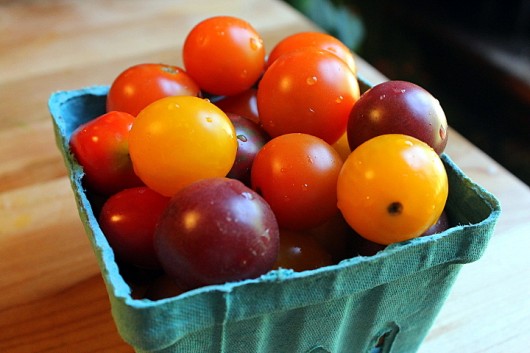 Then obtain some cherry tomatoes. A colorful collection of heirloom varieties will look (and taste) infinitely better than plain ole red subjects. But you can use whatever is available to you. 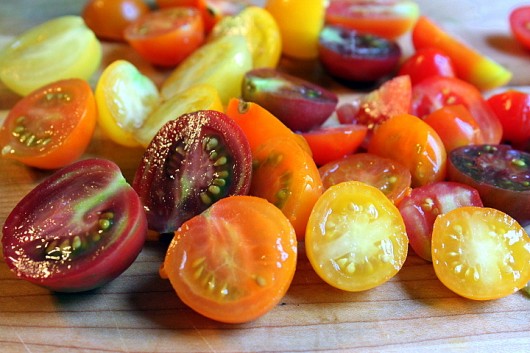 Cut the tomatoes in half through the stem end. A serrated knife is your friend here. 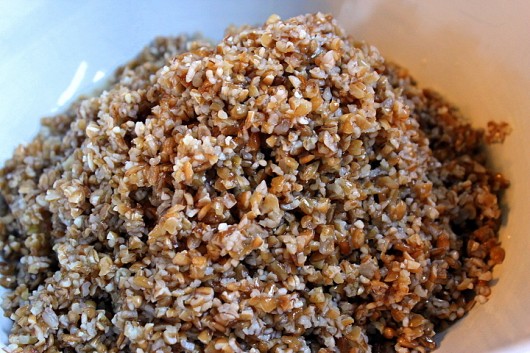 Do you remember the bulgar wheat that I placed in a blue bowl? I decided that it would photograph better in a white bowl.

Thank you for caring. 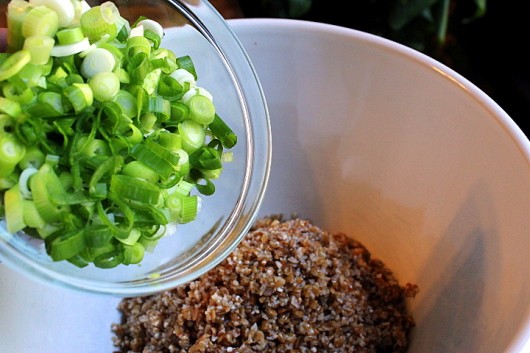 Tip the diced scallions into the bowl of wheat… 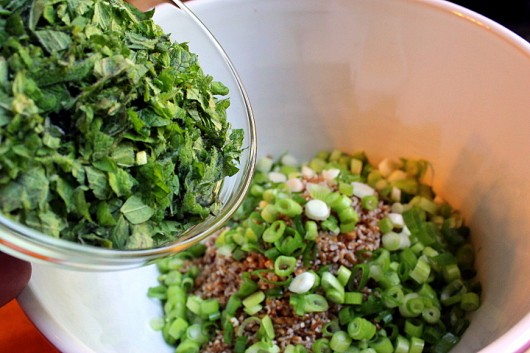 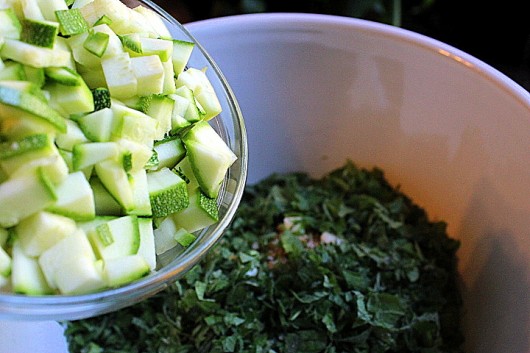 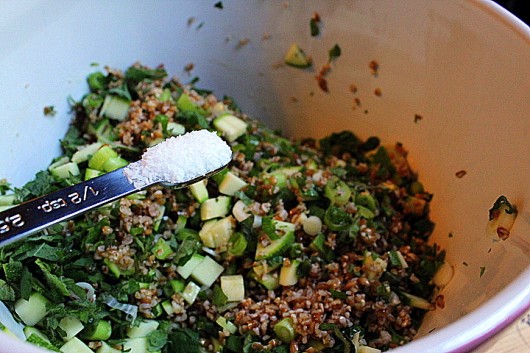 Give everything a good stir, and then… 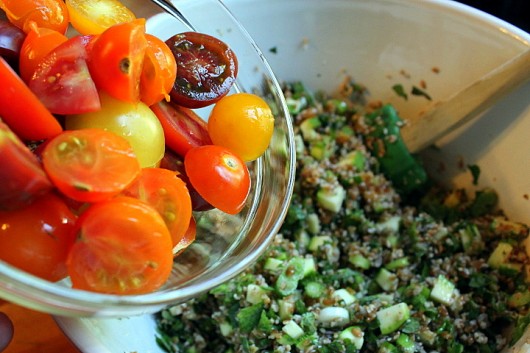 Gently fold in the sliced tomatoes.

And here comes the hard part.

Cover the bowl with plastic wrap, and pop it in the fridge for at least 1 hour. This way, the flavors will have a chance to become acquainted with each other.

And before you serve the salad, be sure to taste it carefully. Does it need more salt? Pepper? Lemon juice? Stir these in as your taste buds dictate. 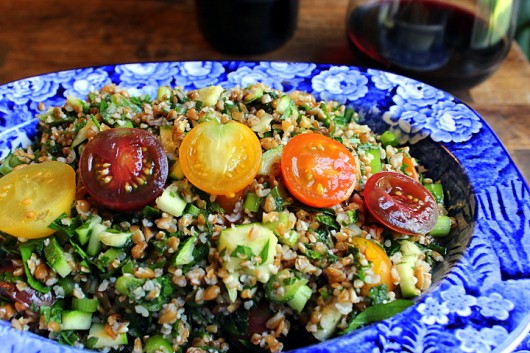 Then tip the tabbouleh into a serving bowl or platter… 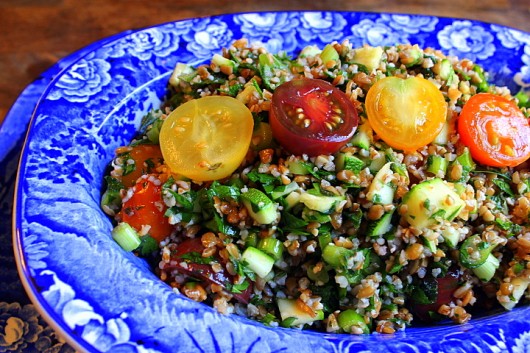 And brace yourself for a colorful, crunchy, garden-fresh feast!

Need a printable version of the above? Here goes:

Yield: Enough for 4 servings as a side dish

A vegan Lebanese salad that even meat-eaters will enjoy!

Enjoy this recipe? Sign up for my email updates!

Summer Salad: Tomatoes, Peaches, Basil, and Burrata
A Get-Away, A Massage, and Some New Kitchen Supplies