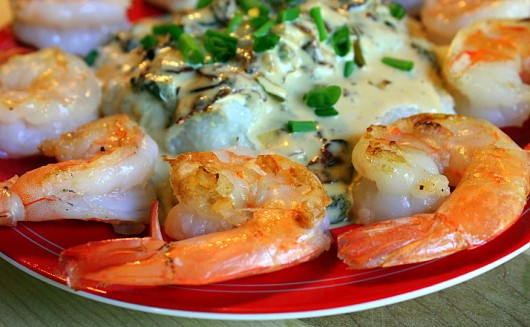 The first time I ever tried Shrimp and Grits was in April, 2004, at a small, dark-paneled restaurant in Charleston, South Carolina. The main course was unforgettable: sweet, succulent shrimp and creamy grits, topped off with heavy cream, crispy bacon, and chopped chives. I reproduced this magic the moment I returned home.

You can make Shrimp and Grits no matter where you live. Grits (coarsely-ground hominy) are available even in Northern supermarkets. Look for them in the cereal aisle. You want “quick-cooking” (not “instant”) grits.

You can buy shrimp at your local market, too. I use medium-large shrimp, already deveined and peeled, and with the tails still attached. In a pinch, you can use frozen shrimp. 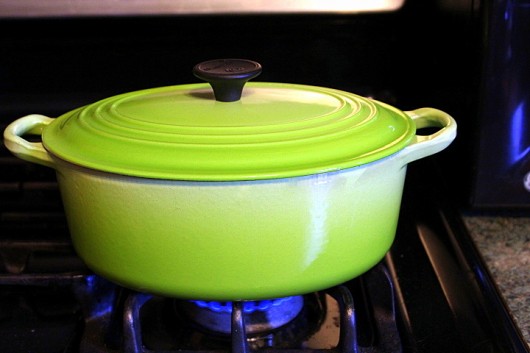 First, bring 3 cups of water to a boil in a light-green saucepan. 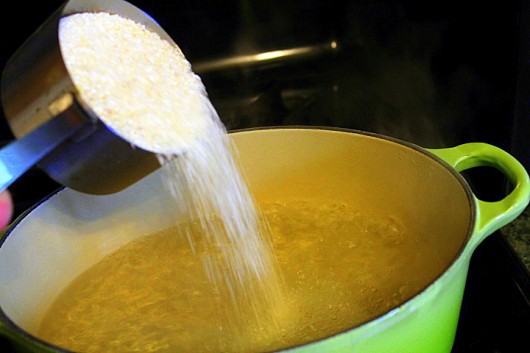 Then, while ignoring the directions on the package, slowly add 1 cup grits and 3/4 teaspoons of kosher salt. 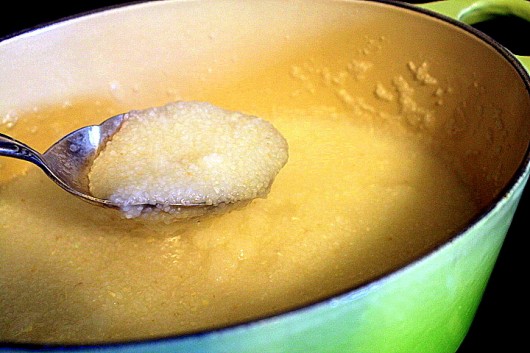 Give the pot a stir, let the water return to a full boil, and then cover the pot. Reduce the heat, and simmer, while stirring occasionally, until the grits transform themselves into thick, creamy pearls — about 7 minutes.

Hint: Grits with butter and maple syrup are delicious for breakfast!

While the grits are simmering, dice up half a green bell pepper. Save the other half for something else.

Dice up half an onion, too. 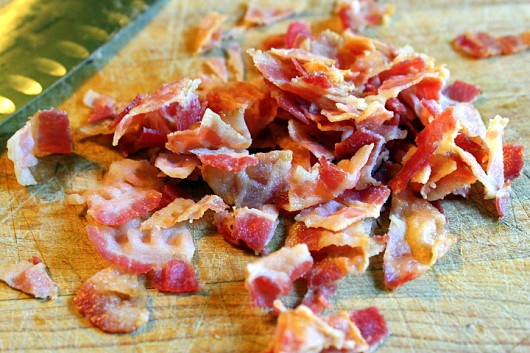 While you’re at it, chop up 6 strips of bacon… 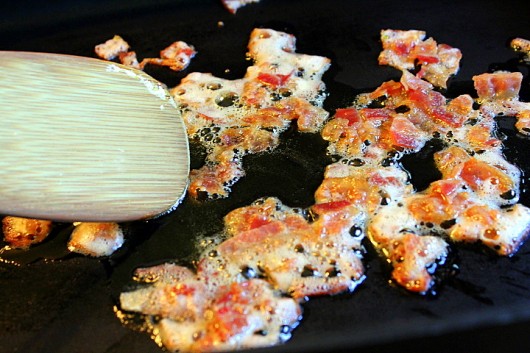 Now set a large skillet over a medium flame, and add the chopped bacon plus a glug of olive oil. Cook the bacon until crisp and fragrant — about 5 minutes.

Then add the diced pepper and onion, and saute until soft — about 5 minutes. 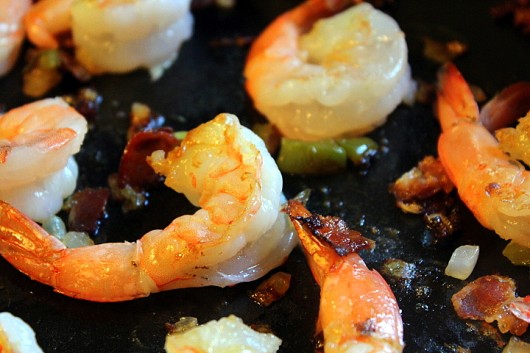 Scatter the shrimp in the skillet, and let them cook just until pink — about 1 minute. Remove the shrimp to a plate or bowl. (Do not remove the bacon or veggies.)

Now deglaze the pan by tossing a big splash (1/4 cup) dry French or Italian vermouth into the skillet. Let the vermouth bubble and reduce while you scrape up, with a wooden spatula, all the delicious bits that are stuck on the bottom of the pan. 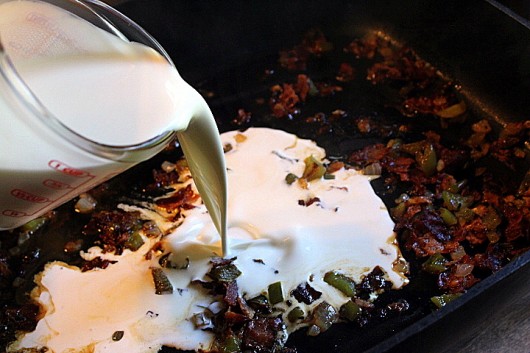 Then turn up the heat, and add 1 cup heavy cream. Stir slowly and gently until the cream reduces and thickens — about 3 minutes. Sprinkle the sauce with a few grinds of black pepper.

Shall we plate-up this Southern sumptuousness? 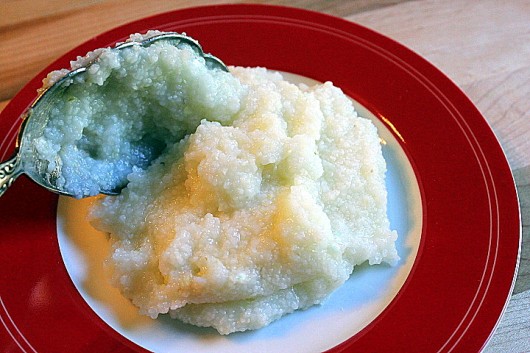 Scoop half the grits onto the center of a plate… 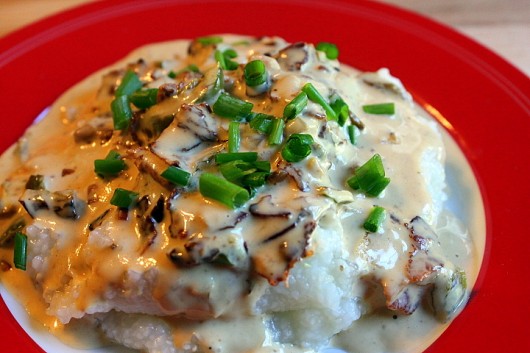 And top it off with half the bacon-and-veggie sauce. Garnish with the chopped chives.

Then light some candles, and open a bottle of chilled Sauvignon Blanc or Vermentino.

There’s nothing better on this earth than Shrimp and Grits. I hope you’ll try it some day!

Here’s a copy-and-paste version of the above:

Cooking the grits — Over high heat, bring the water and salt to a boil in a small, heavy saucepan. Then slowly add the grits, and give them a quick stir. Let the water return to a boil, and then cover the pot, and lower the heat. Simmer, stirring occasionally, until the grits absorb the water, and become thick, smooth, and creamy — about 7 minutes.

Cooking the bacon and vegetables — Set a large skillet over medium heat, and add the olive oil and the chopped bacon. Saute until the bacon turns crispy — about 5 minutes. Then add the bell pepper and onion, and let them cook until soft.

Making the sauce — Tip the vermouth into the hot pan. Let the vermouth bubble and reduce as you scrape, with a wooden spoon or spatula, all the bits that have stuck to the bottom of the skillet. Add the heavy cream, and, while stirring slowly, let it bubble and reduce until thick enough to cloak the vegetables — about 3 minutes. Sprinkle the sauce with grinds of black pepper.

Assembling the Shrimp and Grits — Divide the grits between 2 plates, and top with the cream sauce. Garnish the sauce with the diced chives. Then divide the shrimp between the plates, arranging them along the edge, with their tails facing out.

Serve while hot, along with goblets of chilled Sauvignon Blanc or Vermentino.

How’s Your Veggie Garden Progressing?
How I Make Cold-“Brewed” Coffee