After reading about the myriad health benefits of ginger tea, I decided to drink two cups of it every day. Now, three weeks and 42 cups later, I’m still here to tell the tale! What the tea is claimed to do, and how I brew it:

Ginger tea is supposed to…

Now, the same folks who tout the tea’s medicinal benefits also claim it has a ghastly taste. “Add honey or lemon,” they say.

I happen to love plain, unadulterated ginger tea! It’s spicy, but in a good, ginger-snappish way.

How to brew the tea for maximum zing: 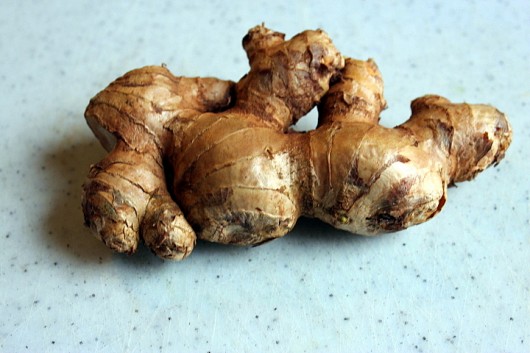 First, you’ll need a fresh ginger root. If my Lousy Local Supermarket® carries fresh ginger, I suspect your infinitely-better market does, too. The root, which is actually a rhizome, resembles a gnarled foot with lots of odd “toes.”  It looks a little…scary. 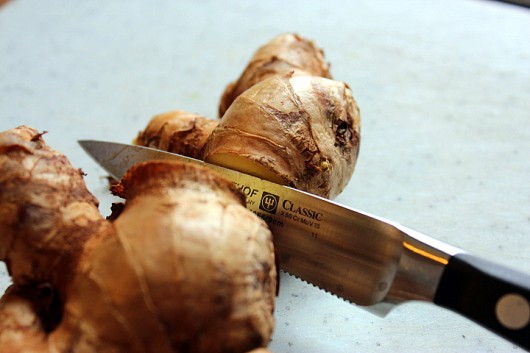 Cut off a 2-inch section of root… 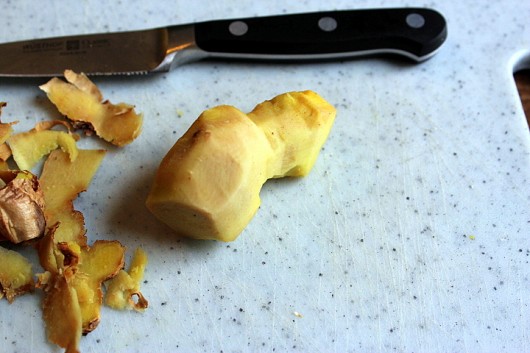 (Update: I no longer peel the ginger. I simply rinse it well, and then proceed as follows:) 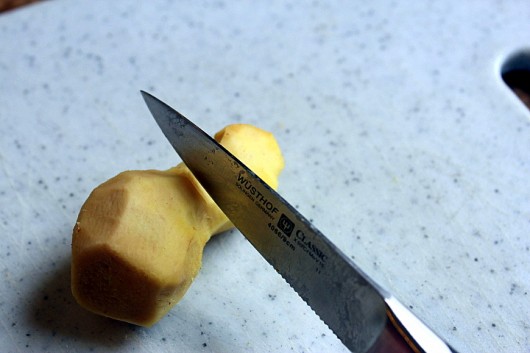 Cut the segment crosswise in half… 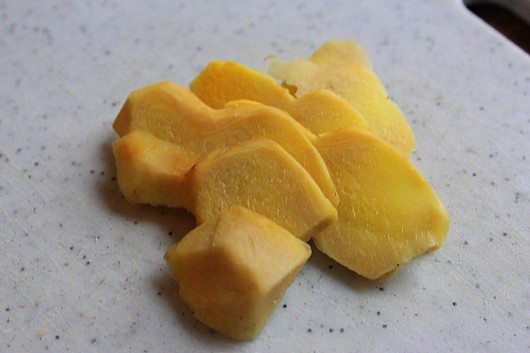 And cut each half into thin, lengthwise slices. Cutting this way will expose a greater surface area during the brewing period.

Some ginger tea-makers simply pour boiling water over the sliced root, and let it steep for four minutes. But when I tried this, the tea tasted like nothing more than hot water, with, perhaps, a mild ginger air. The tea was weak. And pointless. 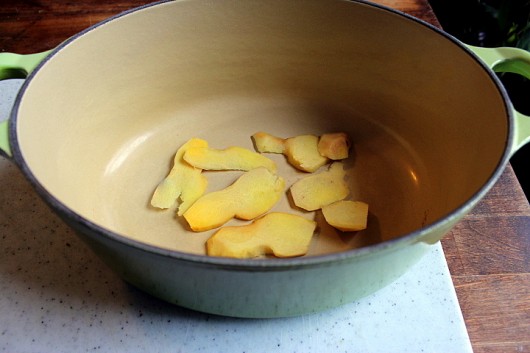 A better plan is to fling the ginger slices into a saucepan, and top them with 3 cups of water. 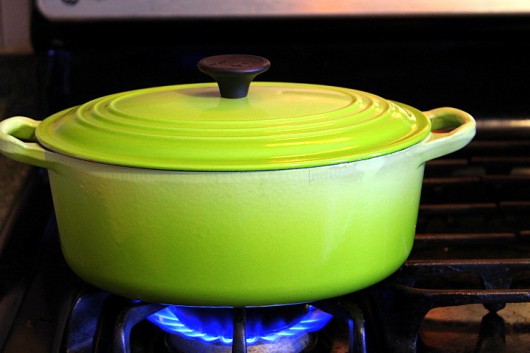 Cover the pot, and bring the liquid to a rapid boil over high heat. Then immediately lower the flame, and let the ginger simmer for exactly 15 minutes.

Then remove the pot from the heat, and let the tea stand for 10-15 minutes. Don’t remove the cover from the pot, or much of the aromatic steam will escape. 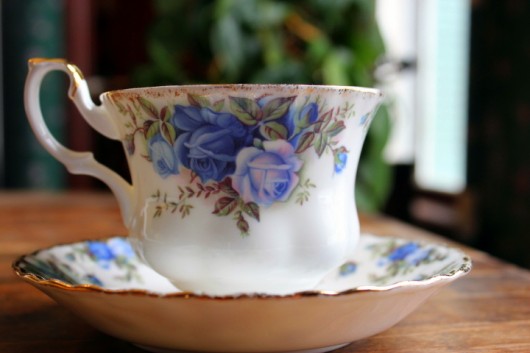 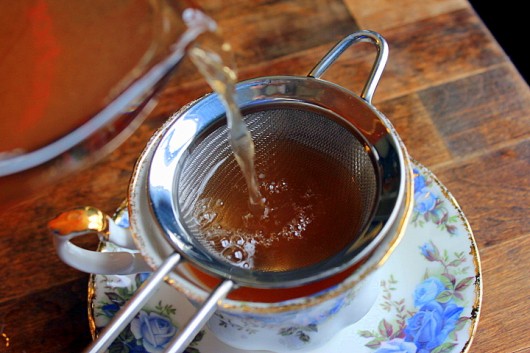 And set a straining device on top. Pour the tea through the strainer, and into the cup.

I don’t know if ginger tea is a miracle elixir. I only know that it makes me feel good, and that I enjoy the taste. It’s right up there with my other favorite beverage: a gin martini.

Think you’ll give ginger tea a try? You can let me know by leaving a comment. As always, I love hearing from you.

More from Kevin:
Winter-Sowing 101
How I Clean My Victorian Windows
Pumpkin-Spiced Cinnamon Rolls