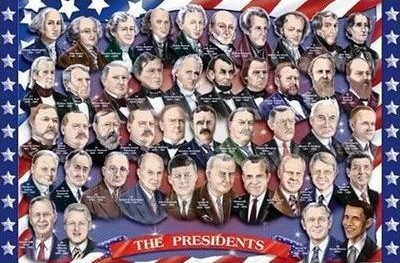 A BIG THANK YOU to everyone who took the Presidential Quiz. Two of my questions were flawed (see below). Consequently I ignored “wrong” answers for these when selecting winners. Here are the correct answers, followed by the winners names:

And by the way, this quiz was a trial-run for me. You see, I recently subscribed to Polldaddy.com, which permits me to host multiple-choice quizzes. There are some kinks to work out (their format is too large for my central column), but based on the number of quiz-takers — 275 — I think the program is fairly “user-friendly.”

The correct answers (with notes for numbers 9 and 10) are in bold.

Q.3
Who had the most extensive experimental gardens?

Q.4
What color is the John F. Kennedy rose?

Q.6
Which president’s home is named for Linden trees?

Q.7
What did Mrs. Wilson establish at the White House?

14 sets of china
a solarium
a rose garden

Q.8
What “new” food did FDR introduce to King George and Queen Elizabeth?

Q.9
What enabled George Washington to enjoy a meal?

a glass of wine, consumed one hour before eating
wooden teeth
pleasant conversation with Martha

And here’s where I hit a snag. I should have said “false teeth.” Washington’s dentures, according to a forensic anthropologist, were made from gold, ivory, lead (!), and human and animal teeth.

Q.10
Who had an upper and a lower garden?

Snag #2: I’ve visited Mount Vernon and Monticello numerous times. Mount Vernon’s formal garden is commonly referred to as the “Upper Garden,” and his vegetable plot is known as the “Lower Garden.” But…Jefferson’s Monticello features gardens on two levels, too. Consequently if you chose either president’s estate, your answer was correct!

Q.11
What was Lady Bird Johnson’s main cause?

Q.13
Which first couple insisted on a ban of alcoholic beverages at the White House?

The Hayeses
The Polks
The Carters

Q.14
Who declared that the coffee served at Nashville’s Maxwell House was “good to the last drop?”

Q.15
Which first ladies were responsible for creating large-scale edible gardens at the White House?

Winners
Ignoring questions 9 and 10, the first person to score 100% is…Martha F.
The second person to correctly answer all questions is…Marjean C.
The third quiz-taker to score 100% is…David Z.
Congratulations, Martha, Marjean, and David! You’ll all receive a bag of fragrant Narcissus bulbs which you can easily coax into indoor bloom!

A fourth winner was chosen at random, regardless of score. That winner is Donna K. Congratulations, Donna. You, too, will receive a bag of fragrant Narcissus bulbs!

Note to winners: Watch for an email from me!

In the comments field below, let me know if you’ve ever visited the home of a U.S. president. As I mentioned earlier, I’ve visited both Jefferson’s Monticello and Washington’s Mount Vernon. I’ve also visited Martin Van Buren’s home, “Lindenwald,” countless times, but only because it happens to be located in my neighborhood.    The gardens there aren’t particularly noteworthy, but the  interior of the house is…stunningly-beautiful.