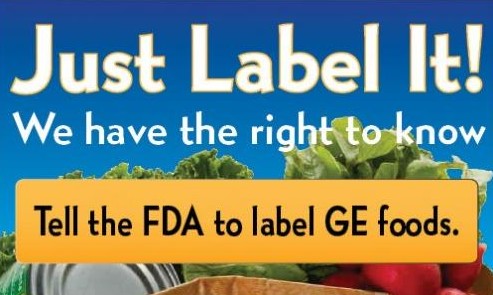 IN CASE YOU HAVEN’T HEARD, California could become the first state in America to achieve a GMO-labeling law. You see, nearly one million citizens there signed a petition to get Proposition 37 — the “Right to Know Genetically Engineered Food Act” — on the state’s November, 2012 ballot. Currently, 90% of Californians support the labeling of GE foods. But could that support change? Yes — if big money from Big Ag has any influence over voters:

As you can imagine, there will be a manure-storm in California between now and November. Anti-labeling activists (including Monsanto) will spend millions in an attempt to turn 90% support into 10% support. They might be successful, too. Hefty advertising campaigns can do wonders to change public opinion. 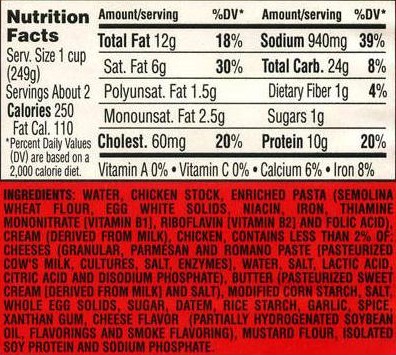 Already there is a group calling itself the Coalition Against Costly Food Labeling Proposition that’s been sending out press releases claiming  gmo-labeling will cause food prices to soar.

Labeling food will cause prices to soar? What utter bunk! Back in 1990, the Nutrition Labeling and Education Act, which was passed by congress, and signed into law by George H.W. Bush, mandated that most foods show a “Nutrition Facts” label as pictured above. If in fact the food manufacturers passed the cost of the new label onto consumers — and I don’t think they did — the impact at the supermarket was negligible. (I’ve been keenly aware of food prices since I started shopping for myself in 1979).

If you happen to live in California, I hope you’ll keep us posted on both the pro- and anti-labeling campaigns you’ve seen. Who’s buying the most air-time?  (As if I needed to ask.)

It will be awhile before we know the outcome of Proposition 37.  Still,  I hope you’ll join me in saluting the  971,000 Californians who let their voices be heard, and who, as a result, will have a chance to vote on their Right to Know.

Would you like to see a similar initiative on your own state’s ballot? Let me know by leaving a comment.

Related Posts:
Keep Monsanto Out of Your Veggie Patch
Got Weeds? Use Vinegar, Not Roundup
When NOT to Kill a Tomato Hornworm